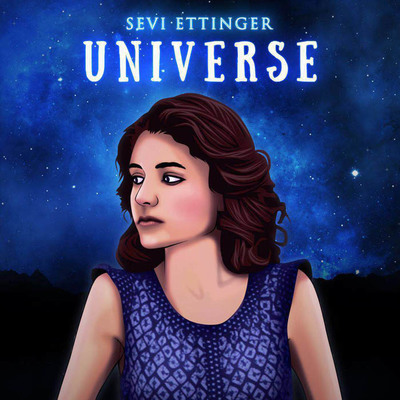 Sevi Ettinger embodies a whole new generation of music makers. By this I don’t mean the horrors of processed, manufactured bands or TV generated pop idols. Rather a true-hearted and youthful artist, tapping into hideous and pressing global concerns that worry and enrage those of millennial age and under. And rightly so in this crazy, uncertain world.

Sevi's talent started young - aged just 14 she wrote ‘Salty Water’, a song inspired by the Syrian refugee crisis. Penned in just an hour, using an App on her phone and a backing track she had found online composed by a musician in Texas, she crated something new and yet timeless and certainly something her generation can relate to. This is how songs are born in 2019. She expected few people to hear the track outside of friends and family, but when her father put the song on his WeChat moments it reached the ears of famous singer/ songwriter Phillip Jarrell, who knew he had heard something special. ‘Salty Water’, made it to BMI's Music Monday Top 10 Playlist on Spotify and hit #32 on Spotify's Best Indie Music Worldwide 2019 Playlist.

Now Sevi has joined forces with producer DJ Shaan for new track, ‘Universe’. Imagine that rocket being a song... a realization that too often we compare ourselves to people that seem “better than” or “more successful than” us. In essence her core message is just to "be your own universe.” Big words that accompany a huge truth that Sevi's generation are hardwired into. Reading between the lines (as someone much older and jaded and brought up in the selfish free market ethos) it's also not about ambitiously competing needlessly with each other. It is about finding your own heart, your own inner peace and melding your own personal Universe with those of others around you to find real meaning. True 'networking' you might say.

With a voice that’s mature beyond her tender years (Sevi is now 16), ‘Universe’ is a deep pool of dreamy sounds and unexpected, uplifting beats, “I don’t know if I will find the centre of my life, will anyone?”, she asks. One thing we can confirm is that 'Universe’ is the sound of stars exploding… and a new one being born.