The Gulps Are Here To Stay 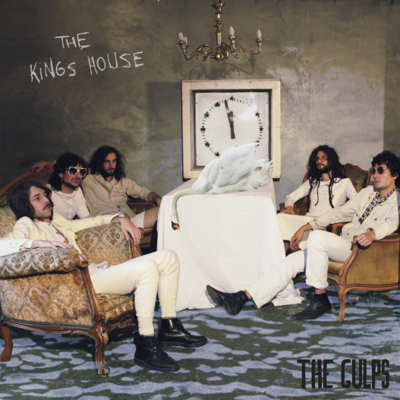 The Gulps are unapologetic in their swagger. Based in London and hailing from three corners of Europe and the Middle East, this group of young provocateurs have come together to playfully usher in their brand of power pop meets indie rock. The Gulps are here to make trouble.

The band are made up of five vivacious raconteurs, who met while studying at the ICMP (Institute of Contemporary Music and Performance) in London. The Gulps frontman Harry All, 26, hails from Spain, as does guitarist Charlie Green, 26, Solo guitarist Franco Buffone, 23, was raised in Calabria, Italy and Frenchman Simon Mouchard, 23, is the quintet's bass player, while drummer Raoul Khayat, 23, calls Lebanon home.

With a growing underground fanbase, the five-piece are reviving the original roots of rock and roll, with a unique take on classic alternative pop, fuelled by a Mediterranean ferocity that creates an audible experience so powerful that it rouses a strong emotional response from their fans, resulting in the only physical manifestation worthy of such a reaction in moments of bamboozlement and disbelief -a gulp!

With their on-stage visceral, guitar smashing, climactic energy, The Gulps make no apology for their antics. They aim to overthrow the shackles of a broken system and to refreshingly subvert the superficial norms of the music industry.

The five-piece credit rock's household names as their influences from The Strokes, to The Clash and The Rolling Stones. Their appreciation though only acts as a foundation, paying homage to the sounds of the past, as The Gulps reignite the industry with their dissertation on what is rock' n'roll in the twenty-first century.

2019 has already been an incredible year for the quintet, they have released their debut EP 'In The Kings House', plus singles' The Kings House', 'Lola Cola' and 'My Girl From Liverpool'. The new EP has been recorded at the infamous Doghouse Studio, under the watchful eye of legendary, award-winning producer Martin' Youth' Glover who has released the EP through his label Youth Sounds.

The new EP is already gaining much attention from media and fans alike. The Gulps are racking up plays on Spotify and YouTube and growing a dedicated following of fans, they have already built a notoriety on-stage and are currently touring the UK and France. Firmly on the festival circuit, The Gulps won a slot at Madrid's infamous Mad Cool Festival in July and played on the same bill as the likes of Noel Gallagher and Iggy Pop.

'The Kings House' is out now.