The Persistence Of Memory 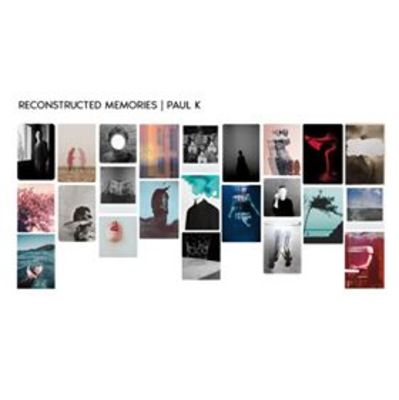 Paul K took up the search for extraterrestrial life in his last album, 'The Fermi Paradox' and voyaged through space. In 'Reconstructed Memories' he goes for a voyage through the listener’s innermost thoughts and feelings.

The start of 'Reconstructed Memories', 'A Beginning' is enough to make the hairs stand up on the back of your neck. It starts off with a slow deliberate tune that builds inexorably, a woman’s voice talking about the importance of small memories and then a choral chant as eerie as Vangelis’ 'Heaven and Hell' unsettles the listener as they begin the journey into this album.

'Memory One' is a sedate, almost subdued tune that to me reflects a walk in autumn as the steady pace once again builds into a choral chant. There is a slight chilliness in the music that put me in mind of an October afternoon. 'Memory Two' is stronger in nature with the keyboards being joined by an subtle yet insistent drumming that sounds like uncertainty breaking through an apparent calmness. It is a beautiful, reflective track that contains within it an uneasiness which feeds into the listeners ear gradually.

'Reconstruction One' starts with the sound of children playing and birds singing on a summer morning where anything is possible with your whole life in front of you. Then the strings break through, possibly reflecting the parents knowledge of the difficulties that these young children will eventually face. It is a melancholy yet oddly hopeful track as there is a hint that perhaps their children won’t fall in to the same traps as they did.

'Memory Three' sounds like a religious text being recited, but to me it sounded like the far away voice of every teacher who tried and failed to engage you. 'Memory Four' shows off Paul K’s classical style of piano playing as a deeply reflective piece traces those years where life seems like a long passage of difficulties that must be borne by each of us.

'A Reflection' has a tubular bell in the background that seems to reassure the listener that all will be well and that you will find a measure of peace. I felt throughout this track that I was standing in front of a Japanese temple. The same female voice from the opening track talks over the track and reflects the Buddhist principle of letting everything go to find that measure of peace. 'Reconstruction Two' is a track that returns to the more expansive feel of Paul’s previous album 'The Fermi Project' as it encourages the listener to feel that the new horizons being opened up by learning are imbued with wonder. It is an absolutely gorgeous track that is probably my favourite on the album.

'Regression One' insists that we must remember all the important things of life both negative and positive. It is an unsettling tune that seems to imbue Rachel Dawson’s voice with menace. It takes the listener out of the reflective tone that has been built up through the rest of the album to unnerving effect. 'A Blurring' reflects the times when we are uncertain where we should head in life, through an, at first, faintly fractured keyboard led tune before settling in to a swelling and comforting realisation that you are on the right path.

'Memory Five' starts with a marvellous solo on the piano which is effective in its simplicity before the swelling chorus lifts the listener up in a kind of joyful realisation that at this point things are now making sense. Perhaps it won’t last but it is a marvellous feeling while it does.

'A Secret' reflects those things we hardly even tell ourselves let alone anyone else, our hopes, our fears and our feelings about our own lives. The tune shimmers with half remembered ideas that encourage the listener to think about their own secrets good and bad. 'Regression Two' is a subtle, beautiful and peaceful counterpoint to 'Regression One' which reflects on memories of happier times in life where things have gone well because, or perhaps in spite, of our own actions. The flow of life is given sound through the marvellous tune that blends together a number of instruments into a satisfying whole.

'A Memorial' is punctuated by a funeral bell tolling for a person who can no longer remember their own life. It is up to others to remember that life for them, for good or bad.

'A Recollection' sounds like a heavenly voice welcoming you to whatever lies beyond, before a piano swells with a tune that reflects the strength of a life lived. When you think the album has ended 'Memory Six' takes the listener back to the land of the living with half heard voices and a quiet acceptance. 'Reconstruction Three' makes the listener wonder what has happened to the person whose life we have been led through. Is this reincarnation, a new type of existence or a false memory that the brain creates for itself to question everything that has gone before.

'A Message', an Arabic influenced piece of music, indicates that the answer lies somewhere far away from our everyday lives. Perhaps fittingly it is difficult to pick up the message from the snatches of human voices that appear throughout the track. 'Regression Three' blends a gentle piano with a reflective cello and leads you back to more settled times in your life. As the next track is called 'A Haunting', perhaps the previous five tracks have been the reaction to a time when your own way of life appeared to come to an end. The final voiceover asks us to love ourselves in order to achieve true peace and ends the album in the most suitable way possible.

'Reconstructed Memories' is a beautiful and deeply profound piece of work that will affect each listener differently. Your pictures and reflections will be different to mine but you will almost certainly be as moved as I was.