A Love Letter To A New Life 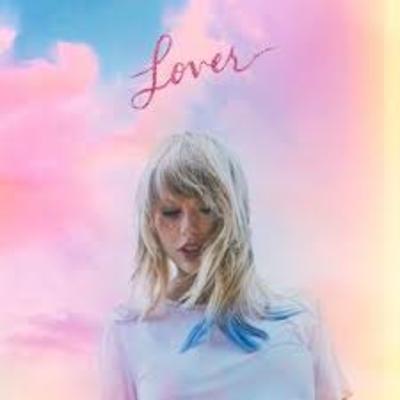 Taylor Swift’s new album starts with the superbly tongue in cheek and sarcastic ‘I forgot that you existed’! It is a riposte to the people who have got on her wrong side and has a laugh out loud chorus that you can imagine certain other artists listening to with a fixed grin or a very irritated expression. So far, so similar to her last album, but in the foreword Swift says that the album is about love in all its forms and this first song is generally left behind in the upbeat tunes and lyrics that follow.

‘Cruel Summer’ bounces along as Swift realises that she is falling in love. Then comes the standout track on the album, the gorgeous ‘Lover’ which starts with the evocative line ‘We could leave the Christmas lights up til January’ as she tells her lover that they can do anything they like as they have their own place. This is for anyone felt the joy and freedom of being able to set their own rules for the first time with the one they love. It is a gorgeous song that is probably the best thing that she has written.

‘The Man’ sees her wondering how much easier life and career would have been if she had been a man. It’s a defiant track that ends on the declaration, ‘I’d be the man’.

‘The Archer’ sees Swift ready for combat as she reflects on the fact that all of her enemies started out as friends. ‘I think he knows’ is a song that talks about that moment in a relationship when you are certain about your feelings of love and you realise that you are both on the same page. It reflects the excitement and the expectation of those early days that make you hopeful and excited at every level.

‘Miss America and the Heartbreak Prince’ sounds like the title of a comic strip and sees her imploring her date not to leave her in a suitably over the top way. I absolutely adore ‘Paper Rings’ with one of the most effective lyrics about all consuming love that I have ever heard; ‘I like shiny things but I’d marry you with paper rings’. It just encapsulates that moment when you realise that nothing matters more than the person in front of you and that even if you can’t afford anything you don’t care.

‘Cornelia Street’ looks back at places that no longer mean as much to you in the flush of a true relationship. Even if you don’t leave a place behind geographically you leave it behind mentally. It is a really perceptive song. ‘Death by a Thousand Cuts’ talks about the relationships where things have been really one sided and you can’t see where things went wrong.

‘London Boy’ is a fun song that name-checks the city of her current flame and sees Swift at her most playful. ‘Soon you’ll get better’ reflects on a relationship that is at a crossroads and tells the other person that ‘you’ll get better soon, cause you have to’. ‘False God’ is a really clever lyric that talks about the early days when you are carried along by the almost otherworldly feelings and Swift tells her lover that ‘even if it’s a false god, still worship this love’. ‘You need to calm down’ talks about people taking shots at her and her LBGTQ friends in tweets and it doesn’t leave anyone in any doubt as to how disdainful she is about people who do it.

‘Afterglow’ is the aftermath of a fight when she has gone too far and is asking for forgiveness. Like many other songs on this album it is one that any couple past or present can relate to. ‘Me!’ proclaims loud and clear that she is a total one off, high maintenance and absolutely worth it! ‘It’s nice to have a friend’ is a really beautiful song about friendship, puppy love and the way that it makes you feel safe and happy. It could be corny in less assured hands, but in the hands of Taylor Swift it is heart melting and brings a smile to your face. ‘Daylight’ ends the album on a real high as someone who ‘believed love would be black and white’ finds out it’s golden.

This is simply a fantastic album that reflects love in all its complexity, acknowledging its ups and downs but comes to the conclusion that there really is nothing better. For the first album she can truly call her own Taylor Swift has created a truly exceptional piece of work that reflects her growing maturity as both a writer and a performer.