The Album We All Need Now 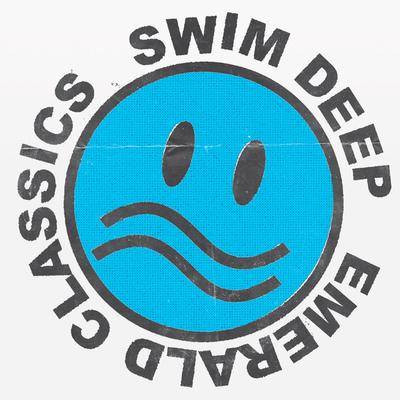 Swim Deep are a British five-piece consisting of Austin Williams, the lead singer, Cavan McCarthy his fellow founder member and more recent recruits James Balmont, Robbie Wood and Thomas "Tomaski" Fiquet. Together they have produced one of the most positive albums of this or any other year.

'To Feel Good' opens their new album 'Emerald Classics' with a song recorded with the Margate Social Singing choir who make the sung parts sound like a hymn. This makes Austin’s spoken word bathos even more effective as he tries to come to terms with the reality of the harsh life in modern Britain for those at the bottom. Even here, Swim Deep manage to accentuate the positive with little green shoots of hope as they will do throughout the album.

'0121 Desire' is a euphoric slice of electronic pop that brings to mind early 80s OMD and just sounds like an echo of the hot summer days just gone. 'Bruised' is similarly effortless pop that showcases Austin’s voice as it soars over a tune that draws the listener in with its subtleties.

'World I Share' is a Pet Shop Boys style song that blends upbeat lyrics with a tune that raises the spirits of the listener. 'Father/Pray' uses a choir to back up a song that talks about a young man who wants to break away from his father but asks for his help to ‘build me a boat and push me away’. The lyrics are really affecting for anyone who has been on either side of the relationship and it paints a beautifully positive picture of a situation that can be really difficult for both parties. It is definitely my favourite song on the album.

'Sail Away, Say Goodbye' is just magnificent. It is a track that builds into a marvellous chorus that is, perhaps deliberately, reminiscent of Soft Cell’s similarly named 'Say Hello, Wave Goodbye'. Austin’s vocal work on this reminds me of Morten Harket of Aha in his poppier moments.

'Drag Queens in Soho' is a track that takes an understated chorus and adds a Paul Heaton style vocal on voices that engage the listener both mentally and emotionally. It is a clever inversion of the usual approach and puts the insightful writing front and centre.

'Happy as Larrie' starts off with a Vangelis style introduction and moves into a euphoric and uplifting song that just talks straight to your emotions and makes you feel that everything will be fine, whatever you may read in The Guardian! 'Top of the Pops' reflects the desire of every band to appear on the iconic pop show of the same name. It acknowledges that not everything will work out but you can have a great time trying anyway. It leaves the listener with a grin on their face and a spring in their step.

'Never Stop Pinching Myself', the final song on the album sounds like something that The Monkees might have sung if they had been formed today and Austin’s voice could very well be that of a young Davy Jones. It finishes the album on a suitably upbeat note as we are encouraged to look at the way life can give you things that are positive.

'Emerald Classics' is truly the album we all need at the moment to make us smile, laugh and look ahead with positivity.