Automatic Go Through The Gears 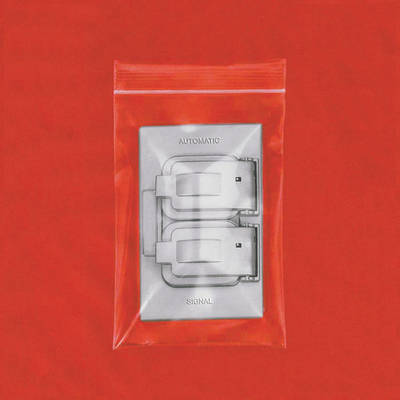 Automatic are a three-piece band comprising Izzy Glaudini, Lola Dompé and Halle Saxon. They got together in 2017 in their home city of L.A. and named themselves Automatic after a song by all girl group The Go-Go’s, also from L.A., whose members included Belinda Carlisle.

Their debut album is called ‘Signal’ and it starts with ‘Calling It’. The opening riff on the track combines with the drums in a way that is very reminiscent of ‘Another One Bites the Dust’. When the vocals kick in you can hear the influence of The Go-Go’s and the punk/new wave movement that they were a part of. It is a low key start but its insistent rhythm immediately hooks in the listener.

‘Champagne’ features Izzy Glaudini’s Kraftwerk style synth which propels a song which has hints of ‘Our Lips are Sealed’ in the vocals. The repeated refrain ‘Oh no, we’re going nowhere’ will no doubt be shouted back at them by audiences at their gigs.

‘Damage’ is an unsettling song that takes in influences like Tubeway Army as the three voices combine in their seeming alienation from society. ‘Electrocution’ is a song dealing with Izzy’s near-death experience that sounds like very early OMD and has a wry take on the event with the lyrics ‘She touched a wire, it felt like fire’ delivered in a tongue in cheek chant. I really enjoyed the song and for me it was the song that really made me feel that I got what the group were doing.

‘Highway’ has a fantastic blend of Gaudini’s synths and Halle Saxon’s grinding bass that shows off their ability to combine different instruments into an arresting soundscape. It could easily be the American version of ‘Autobahn’ with the almost robotic chanting over the driving tune.

‘Humanoid’ starts off with a Surburbia style soundscape then moves into a synth led tune that swoops and dives as the accompaniment to a repeated refrain of ‘I see you’. The message seems to be that it’s not really you they’re seeing, just a version of you.

‘I Love You, Fine’, like all of the songs on this album says what it has to but doesn’t outstay its welcome. ‘Signal’ reflects the view that modern life puts such focus on working that it fails to satisfy a generation that are looking for meaning.

‘Strange Conversations’ is a song about isolation that is probably my favourite on the album. It’s a song that exudes a mournful defiance about a life where you only ‘go out on a Tuesday’! It has a real feel of early Pet Shop Boys in the fantastically sardonic lyrics.

‘Suicide in Texas’ is a spiky guitar led song that will be great live. The final track on this genuinely different album is ‘Too Much Money’ a nod to their musical influence The Go-Go’s which Belinda Carlisle and co would be proud of.

The punk ethos of quick punchy lyrics and music that carries those lyrics along to where they need to go gives this record an immediacy and clarity that is all too often missing these days. In a debut album I always look for an indication that the artist can say something worth hearing and give themselves room to develop. ‘Signal’ ticks both of those boxes in a big way, and I can’t wait to hear how their sound develops.

They are good in the studio, but I have a feeling that it is at a live show that these three talented women will really come into their own, so if you get a chance to go along you will definitely be impressed.