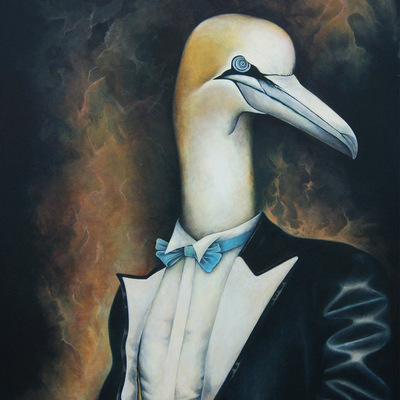 In the world of Micko and the Mellotronics, fair Albion is a disgruntled mess. The nameless characters, that inhabit their songs, aren’t the English eccentrics so beloved of Syd Barrett and the late ‘60s ‘Rubble’ compilation bands. It is really a world where the freaks are the losers amid a timeless Broken Britain ‘Endgame’ backdrop where the shoplifter is a powerless victim of ‘the corporation’, and innocent nostalgia for the suburbs is a no-go area.

Their newly-released debut single ‘The Finger’ is no exception. Dating from the Mellotronics’ early days of performing, and doffing a hat to the Ray Davies’ school of ‘observational’ songwriting; it vehemently portrays the contempt of the character of the song -festooned with a rubbery bass line and wholly contemporaneous lyrics. ‘Billy Liar’ in reverse, and proud of it!