Ann Christine Draws Us Helplessly Into Her Dark, Electronic Web With 'Hocus Pocus' 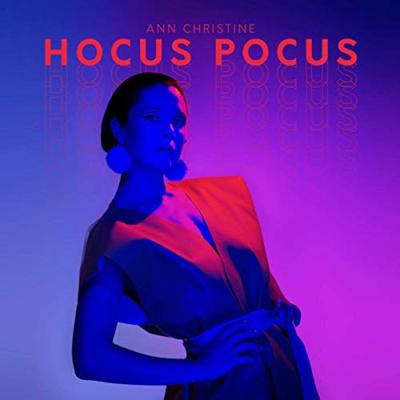 Ann is inspired by the Berlin club scene, an unusual childhood spent on tour with her musician father, and time spent living in Denmark, Berlin and Chile and a love for the dark side, including her passion for Tarot Cards. 'Hocus Pocus' is a saucy little number that wouldn’t have gone amiss on the soundtrack to say, American Horror Story Hotel or Coven.

Ann Christine’s live shows have been described by critics as ‘witchcraft’ or ‘magic’ – cryptic and alluring. She sings, ‘“You don’t know I’m lawless, I break boys for breakfast… I’m gonna show you magic, I’ll be the smoke in your mirror, I play tricks on you for the thrill of it, I play mind games – and I’m killing it’.

Having stepped out from behind her previous music making alias of Ann See, Ann Christine is now casting her musical spells with intention and skill. Its big, its clever, it's finely crafted electro pop. Not only that, it's breathy vocals make it sexy as hell. Hey, if you hadn't noticed - it's almost Halloween- the perfect time to get witchy and fly over and join Ann Christine's magical, musical coven.