'The Discredited Language Of Angels' Is Music As Insurgent Art 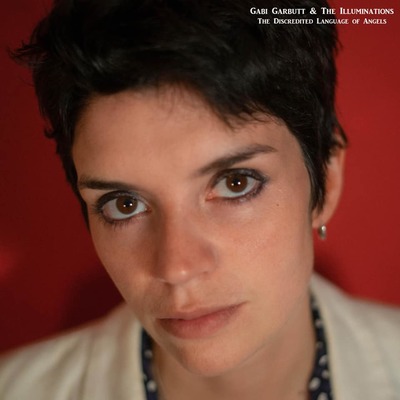 They've been informally named “the indie Stax revue” by one of their most high profile supporters, one Steve Lamacq of BBC 6Music fame. It's not hard to see why, either.

Gabi Garbutt & The Illuminations have definitely hit on a tasty recipe by combining infectious indie songs with the power of a decent brass section. These ears, probably like quite a few others, first came across their sound via the “The Fool”, a nifty indie soul anthem that Lamacq and a host of other radio deejays put their considerable weight behind recently. The good news for anyone who's had their interest piqued by that or the follow up single “Heat Of The Machine” is that there is plenty more where that came from on this twelve track long player.

Even better than that, “The Discredited Language Of Angels” shows that there are hidden depths their offering too. “Armed With Love” and “Tiger Bright Eyes”, for example, are slow and sensitive moments that tug at the heartstrings rather than dragging you towards the dancefloor.

If they work well in this context then it's probably because the energy levels remain so high through the rest of the album. “This Higher Place” and “I'll Do Anything” go back even further than the days of Stax to the first generation of 50s rock and roll revels. “Lady Matador” is another obvious highpoint, careering around with an even faster BPM than “The Fool”, taking us for a breathtaking joyride while never quite losing control of the wheel.

Everything really comes together on the last number, “Ravens and Angels”, which manages to combine some touching lyrics about resisting – and failing to resist - the temptations that life throws in one's path, with a stomping mod backing that harks back to the days of Madness and The Specials.

It's to say exactly what the best track is, because this is one of those LPs that throws up a new favourite with every listen. The best advice we can come up with is to get your hands on a copy and find out for yourself.