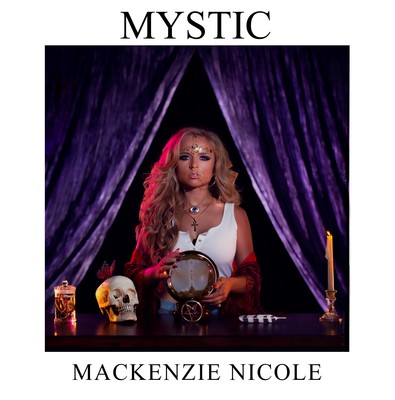 At 20 years old Mackenzie Nicole has been making music for more than half of her life. As she added her vocals and collaborated with Strange Music’s stable of artists throughout her teen years.

At 18 years old she signed a deal with Strange Main, the pop music division of Strange Music and as the rest of the world saw her step out on her own with her debut album 'The Edge', in silence Mackenzie was on the edge. As the album tallied over 1 million streams on Spotify and her videos garnered over 8 million views on YouTube, she played to sold-out crowds and smiled for the cameras, but inside she was confronting a downward spiral. Although everything seemed OK on the surface, she admits, “That was the worst six months of my life.” On a deeper level, she suffered a mental breakdown.

But like the phoenix the rises from ashes, Mackenzie found the strength to seek help and through a combination of self-actualization and therapy, she has returned stronger than ever before and is sharing her journey by way of her new album 'Mystic'.

While most dark-pop artists lyrically keep it dark throughout, 'Mystic' is about ultimately finding the light. Mackenzie tells her story in a beautifully scripted and vocally stunning scenario, like a musical novel that you can’t put down. Also, bravo to producer Michael “Seven” Summers (Tech N9ne, Mac Lethal, Krizz Kaliko) for stepping outside of the Hip Hop world he’s become known for and helping Mackenzie Nicole make a truly awesome album.

'Mystic' not only shines a spotlight on this emerging young talent, but it also shows the bravery of a young women sharing her story while it tells us all it's ok to not always be ok and to not give up because things really can get better. Mackenzie Nicole can now stand proudly with the other artists who are unafraid to bring truth and authenticity into pop music. She has earned her spot with 'Mystic'.

For a taste of 'Mystic' watch the video for “Heart of Darkness” below. If you or anybody you know is struggling, there is help. National Suicide Prevention Lifeline 1-800-273-8255