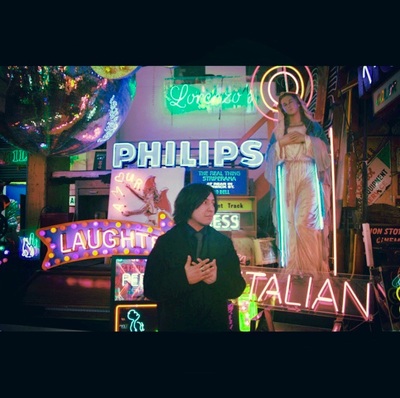 Marco Veint is from Ecuador but is South London-based. While primarily the frontman of The Rizzerlers (my review of their ‘House Of Fun’ EP was a featured review in this very publication in mid 2018); he seems to be evolving into a paisley-fixated solo artiste in his own right. No mean feat considering he is still in his early twenties.

Marco’s latest musical project ‘Shimmering’ is a smoggy epic journey of a song. Beginning with a Syd Barrett-like chord sequence, it has the acoustic guitar at the forefront - setting the motions for the West Coast transience of the song. But it seems to have a dark side - with aesthetically wounded vocals alluding to a bad deposition brilliantly and sensitively along the lines of Depeche Mode’s ‘Walking In My Shoes’.

On reflection, ‘Shimmering’ has an interesting subtle arrangement where the rhythm guitar is the lead and vice versa, touching upon the essence of Pink Floyd’s ‘More’ soundtrack.