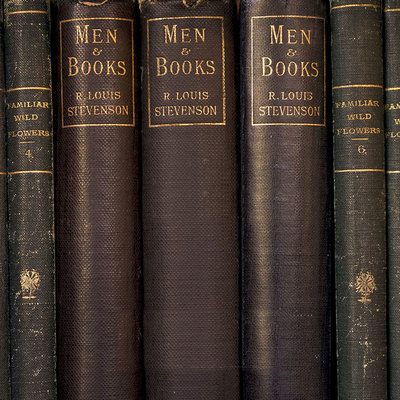 Love the delicateness of this tune with its beautiful vocal, sung so softly.

O'Reilly & Vincent are duo from Dublin and Ludlow, Shropshire don't you know and this is their first release! I definitely look forward to hearing more from these guys. Apparently a song about chance meetings and the kindness of strangers (although I can't hear that in the words) the song sits well in my headphones during a winter's stroll amidst the trees.

Loosely based around some lesser know Robert Louis Stephenson book called Men & Books, O'Reilly & Vincent have captured a wonderful atmosphere with this short lament. The plumy bassline walks its way bumpily through the track with just a lonely rhythm guitar to guide it, before a simple organ arrangement, seemingly stolen from another decade, lifts the arrangement halfway through in a long and winding manner and just a touch of whimsy about it.

Reminding me of some early Belle and Sebastian tracks, 'Men & Books' might be the first release from a brand new flourishing songwriting partnership - and with an album due to be released later this year according to their website I hope all tracks on it touch the soul as much as this one does for me.

I see the duo is starting to gig around Shropshire (an area that I rarely find myself in) but I’ll be keeping an eye on them for gigs further afield. You can check them out too via their website www.oreillyandvincent.com. Let’s hope a festival promoter picks up on them soon, so I can catch them on a hot balmy night at a festival some time this summer.