Zilla With Her Eyes Shut 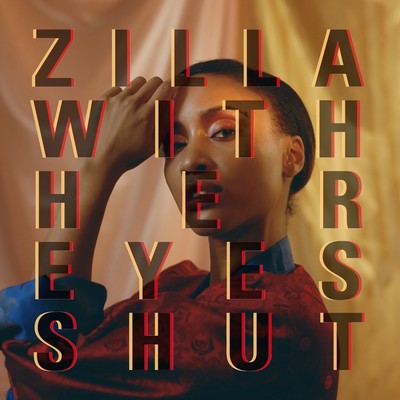 Zilla With Her Eyes Shut

The Parisian vocalist continues her string of work with renowned UK experimentalist Matthew Herbert with ‘Whisper Whisper’. Having already released four singles through Accidental and getting the remix treatment from the likes of Cassius Select and Charlotte Bendiks, the new Herbert produced single sees a further development and fresh confidence in Zilla’s sound.

A deeply personal outing, ‘Whisper Whisper’ tells the story of a young girl’s imaginary friend, who speaks to her when she plays piano and as she sleeps. An imaginary friend who is not afraid to talk about the subjects the girl is; anger towards her father and fantasies of his murder. But this is not just story, it comes deep from Zilla’s own experience of childhood trauma.

The piece stomps along at a marching pace, with Herbert’s signature thick and percussive sample-based sound. Objects used for the creation of this track include an old rum bottle, blowing through pages of a book, a big stone, a light bulb, a pillow and a hair pin.

His dry, plodding rhythm is underpinned by a weighty, UK sounding bass that rolls throughout the chorus, underpinning the rich vocal harmonies and honest, vulnerable words of Zilla.

While her previous four singles for Accidental have all found the mark, ‘Whisper Whisper’ shows a real step up across the board. While none of the wonky, unsettling nature of her previous work has been abandoned, there is a confidence and power to her new work. It manages to take the best elements of pop and RnB with its infectious, grooving sound, but does it in a way that is unmistakably Zilla.

For me, Zilla With her Eyes Shut is another strong artistic addition to a label that has been home to some of the UK’s most exciting leftfield music and I look forward to hearing what will come next!