Seen You Before (Single)

Baegera Brings The Slickest, Most Sensuous Of Vibes With 'Seen You Before' 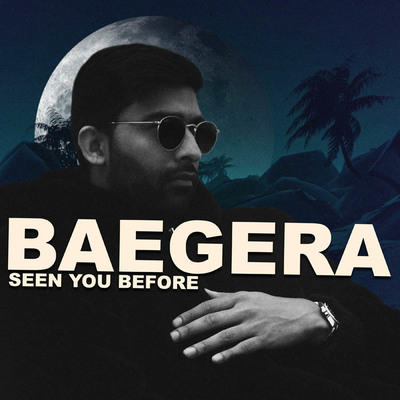 Seen You Before (Single)

Those chilly stormy nights may still be here but with sensual and amorously vibey track ‘Seen You Before’ by West London artist Baegera we have an early contender for one of the sounds of summer 2020 to brighten up those gloomy February nights.

Baegera as an artist is definitely inspired by his heritage – in Hindi his name means ‘black panther’ which is referenced as a ‘protector’ and ‘mentor’. He hopes to trailblaze for other new artists and keep an eye on them in an ever growing and diverse musical landscape. In the meantime, he rightfully seems to be king himself in the cool RnB, clubby afrobeat domain in which he lives, breathes and tirelessly works to finely tune his sounds.

Rekindling vibes of 2017 summer hit ‘Despacito’ you can’t help but lose yourself in the beat of 'Seen You Before' and wish for those love-lorn sunshine tunes once more. The track tells the story of life and love backed up by a sensual late-night vibe and is equally at home on a beach or being blasted through a PA in a club - bringing the coolest of feels to the proceedings.

Baegera clearly unashamedly wears his influences on his sleeve and embraces the diverse streets he has grown up in - as well as diverse musical tastes too with a true marrying of slick afrobeats and sexy RnB sensibilities. Not only that, but working with a whole host of renowned top notch producers in different locations from LA, New York to London, seems to be reaping huge musical rewards for this artist.

Baegera might be up and coming but it won't be long before he's up at the top and there to stay. So get ahead of the crowd, grab a mojito, put on your ray bans and start your summer right now getting down to 'Seen You Before'.