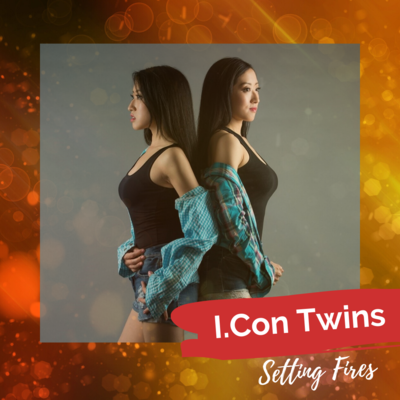 When I.Con Twins sacrificed their 6-figures soaring banking careers in Calgary and moved to Hong Kong to cultivate their passion for music, this gave rise to I.Con Twins. I.Con Twins stands for I am CONfident. The duo believes that as long as you have self-confidence, it's never too late to live a better and freer life! Since then, their hard work has led them to making to Top 30 on The Voice of China Hong Kong, performing at MGM Resorts International and performing with Hong Kong’s live orchestra at Queen Elizabeth Stadium.

I.Con Twins made their debut performance in Canada with an audience that filled a 3,500 square feet venue through their partnership with RAW Artists.

Throughout “Setting Fires (Acoustic)” listeners are drawn into an emotional journey with the gradual addition of orchestral instruments and Latin percussion to the melodious tune from the piano.

I.Con Twins’ vocal harmonies in both versions exudes depth and strength as the song builds up. In the main version of “Setting Fires” the layering of acoustic and electric guitars creates an upbeat, rhythmic and Latin vibe for listeners to get up, move their bodies and dance.

I.Con Twins will be launching the single with supporting shows in Calgary, AB (April 16th) and Toronto, ON (May 21st). Check them out!