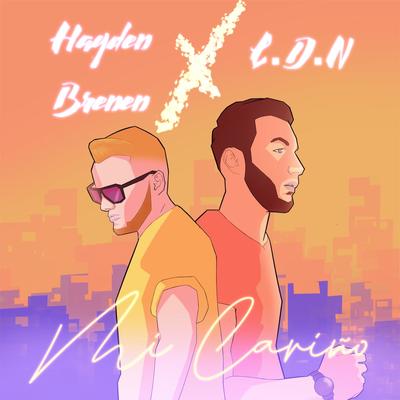 London based singer and songwriter Hayden Brenen and his companion L.D.N have recently released 'Mi Cariño'. I could not help fall in love with this song from the moment I first clicked play.

It screams out summer with its feel-good vibe and golden rhythm and catchy hooks. Also, Latin is playing a massive role in the current music industry. First, we had 'Despacito', and now we have 'Mi Cariño'.

The track kicks off with a piano lead which sits firmly on a tight, sharp beat. Lyrically, the lads both shine. They have put a lot of thought into their wording, and they show off their lyrical tongue in style here.

If you had asked me a few months ago, if we needed another Latin themed pop track, I would have probably had said no because they were getting a little boring in my opinion. But, I was pleasantly surprised with 'Mi Cariño' maybe, because it gives me flashbacks of summer last year and has me itching to fast forward to the sunnier months.

It a definite club banger but could this be played across the spectrum? I would say yes, and I doubt it would sit too out of place wherever it ends up. But could it be improved? I would have liked a more extended version with it only sitting at around two and a half minutes.

Overall, it is a rock-solid release from the London musicians. I am looking forward to what they drop next.