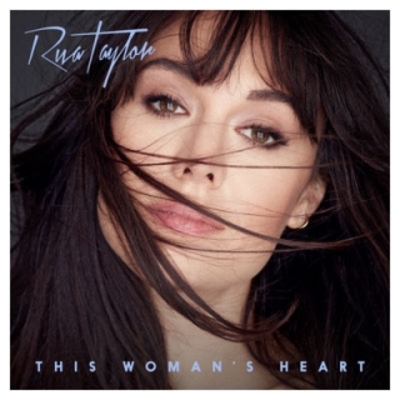 Riva Taylor might not be a name that instantly springs to mind, but it soon will be if her debut album 'This Woman's Heart.1' is anything to go by.

Let me give you a bit of background on this incredibly talented young lady. She was christened Becky-Jane Taylor, and at the tender age of twelve became the youngest person ever to sign to EMI Records. She made her stage debut at a Farm Aid benefit gala at London's Royal Albert Hall and even garnered praise from HRH Prince Charles.

Her rich, lustrous and genre-straddling voice made her three albums in the noughties – A Dream Come True (2001), Shine (2004) and By Your Side (2005) and achieved hits around the globe. Becky also toured with the likes of Alfie Boe, Katie Melua and Jose Carreras. All magnificent achievements for a girl who had barely reached her teens.

After a break from the industry and time away studying at Durham University to achieve a History degree, Becky has returned stronger than ever under the moniker Riva. Riva: a Hebrew derivative of Rebecca, meaning 'maiden' or, in some languages, a cleft in rock – riven. And, judging by her debut album as Riva, this is a name that will set this girl on fire.

'This Woman's Heart' has been half a decade in the making and is set to be released worldwide in two halves throughout 2020. '1' was launched last month, and it features her signature vocal-driven power pop.

Upbeat synth-pop of 'Chaos Killed The Thrill ', is definitely a chart hit, if ever I heard one. Her vocals and writing ability at showcased at their very best.

'My Mouth' is a track that Elton John has already given his seal of approval and Riva has revamped it for the album.

The centrepiece is the title track, 'This Woman's Heart', is a bold, beautiful track which any listener will resonate with.

Latin-flecked 'Let Go Too Soon' reflects heartbreak and sadness and really plays on the heartstrings.

'Raining Tears' is pure hip-hop/gospel desolation penned by songwriting collaborator and hitmaker Jamie Hartman ('Human' Rag n' Bone Man, 'Hold Me While You Wait', Lewis Capaldi) and really captures a moment that we have all found ourselves in at some point in our lives.

Another exquisitely written pop ballad is the final track on the album 'Running At Walls' and was co-written with Starsailor frontman James Walsh.

'This Woman's Heart.1' is an emotive album that blends the unique talents of Riva Taylor! Enjoy.