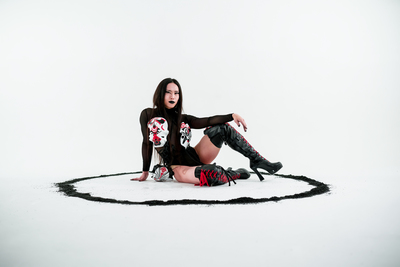 Le Fil is a Huddersfield pop musician who is taking no hostages in his recent success. Not only fresh off the back of a headline tour with Melanie C from the 'Spice Girls' but also the creator of 2020 pop anthem 'Undercover Lover'.

I was one of the lucky ones to have managed to grab a preview of the release before its big release today. The track could be the definition of pop. It has all elements of the charts, but yet it is distinctly standing in originality.

'Undercover Lover' kicks off with a thumping beat which kicks your butt from the get-go. The melody is divine, and the vocal performance is mesmerising. Overall, it is a quality release from the Huddersfield based pop singer.

The singer is not shy to wear her heart on her sleeve. As a result, he holds nothing back, and that is refreshing to witness. I like the openness of her emotion. Not only does this resonate to all those in the LGBT communities but also into far more extensive areas too.

Le Fil is also the northern bearer of Pop. He lives his life through a pop lense, and I am glad he does. He has come up with something joyful, prevalent and sparklingly irresistible. He even quoted his sound being like 'The queer love letter to pop culture'. The only thing I can say to that is, "What a legend'.

Grab this one now before it blows. You can listen on Spotify.