Music For Our New Reality 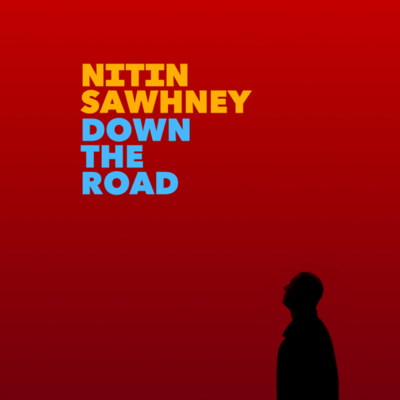 Nitin Sawhney’s forthcoming 'Immigrants' album is his first for Sony and on the strength of the first two tracks from the album they could be seeing the most important, accessible and beautiful album of his career.

‘Down the Road’ was released at the end of February and immediately captured my imagination with lyrics that could act as a distillation of our whole lockdown experience. ‘Down the Road, there’s something better. Down the road we’re getting stronger’ is a message of hope for any time but it is just so appropriate for our current Covid-19 enforced experiences. YVA takes the vocal duties on the track with a voice that just floats over the music at times but also shows strength and positivity when delivering that message of hope. She is absolutely perfect for the song and is clearly an incredibly bright talent who we should be hearing much more of in the years to come. Nicki Wells and Dhruv Sangari provide marvellous backing vocals, giving the song real depth with their harmonies both in English and Hindi. For anyone who has experienced the displacement of life in a new culture the determined refrain will seem familiar as you fight through the bad times.

‘You are’, released on May 1st again features exceptional vocals from YVA. Her ethereal vocals are undercut with a brittleness that transmits a message of hope undercut by unease. It is a hymn of love to an adopted country, but it carries within the lyrics the sense that this loyalty may not be fully reciprocated either by the state or by fellow citizens. As the first couplet has it. ‘You are my religion, you are my land. You hold ambition within your hand.’
As with anything held within someone else’s hand it can quite easily be snatched away from you.

Musically, it is a song of real beauty. Anna Phoebe contributes a haunting violin accompaniment that mesmerises the listener and marks her out as a musician of real sensitivity. There is also Ashwin Srinivasan’s haunting flute which adds to the depth of a deceptively slight sounding song. As you listen to the song for the third or fourth time you feel the three parts, vocal, violin and flute, building a picture of hope, fear and acceptance that is truly inspiring.

Nitin Sawhney effortlessly blends together musical cultures in a way that transcends age, experience and culture and he has hit new heights in these two songs. To hear his music is to understand what our shared humanity really means.

Both songs were originally written, as the upcoming album’s title suggests, to reflect the situation of the many immigrants in the world today. Arguably, their apparent relevance to our current situation is that we are now all immigrants in a world in lockdown that feels unfamiliar and leaves many of us ill-equipped to deal with our new reality and uncertain as to what lies on the other side.