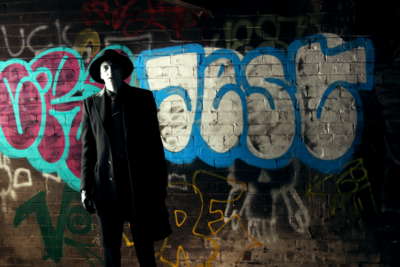 The indie world is known for outspoken frontmen. You do not need to go far to find one, but they do not often come as honest as Hull indie newcomer Calboa.

He speaks from his gut, he speaks with nothing to hide, and the singer puts out exactly how he is feeling. He is sick of the same old every day. Let's face it, who does want to do the same thing every day? Is he speaking about lockdown? Or just repetitive habits in general?

Well, the track does not stick to the same old, which is good. Calboa does not polish a turd at any point. As a result, he speaks about his real life. Getting real is what artists should be encouraged to do; we do not want to hear how everything is roses when it probably isn't, therefore well done Calboa on being upfront.

Musically, we hear a diverse range of sounds. It appears that the mix and recording sessions may have been a chance to experiment with new sounds because there are elements within the track which I would not have expected to make it to the master. But, I like that the idea hat is worn and I believe anything could have made this track had it sounded suitable.

What am I speaking about here? An organ and a futurist lead effect are pretty much at either side of the instrument spectrum. One, an organ gives off an old vibe, and a robotic lead does the opposite. But I like that. After all, it is all about trying to get out of the same old; therefore, why not?

I like the release, but I do believe that Calboa still has more to give. For that reason, I will be keeping him close on my radar as we progress through the rest of the year.