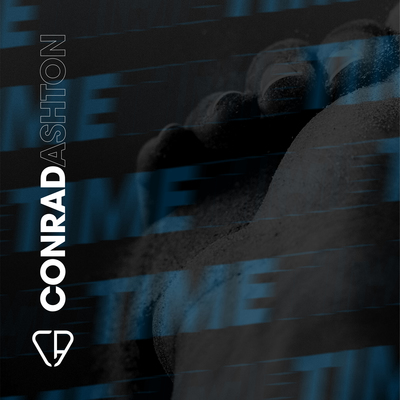 Conrad Ashton is a rock artist from the North-East, UK. Inspired by the likes of The Who, The Jam, Elvis and The Rolling Stones, Conrad fuses elements of classic pop rock with his own modern twist.

This is an artist who is true to himself and true to others - he does not mess around when it comes to telling stories from the heart which he hopes will resonate with others. And they sure do - just check out these powerful lyrics from ‘Time’ which everyone can relate to: ‘It’s happening in your life, it’s happening in mine. It’s a killer and it’s called Time’. Couple this with the punchy indie rock delivery and you’ve got something that certainly hits home.

His latest single ‘Time’ was recorded at Blast Recording Studios in Newcastle Upon Tyne. All instruments from drums, through to electric and acoustic guitars, bass, tambourine, maracas and vocals were recorded by none other than Mr Ashton himself. Impressive stuff!

For Conrad music is cathartic - his early writing drew influence from his anxiety and depression, while also helping him to work through those issues simultaneously.  As Conrad saw how his song writing could help him work through his own issues, he also witnessed the music and messages connecting with his peers that were sharing similar feelings. This dual impact made him delve deeper into song writing as a solo artist and attempt to become a solo act; writing his own songs. Fast forward to present day, this British working class singer-songwriter continues to grow as a writer, a performer and a person.

I'm looking forward to hearing Conrad’s new single ‘Time’ which is out later in May. A 4-track acoustic EP is also set to follow in August, which includes a stripped-back version of ‘Time’ chucked in for good measure.

You can find out more about Conrad by visiting www.conradashton.co.uk and check out his last single Anna Jean to get a flavour for this upcoming artist.