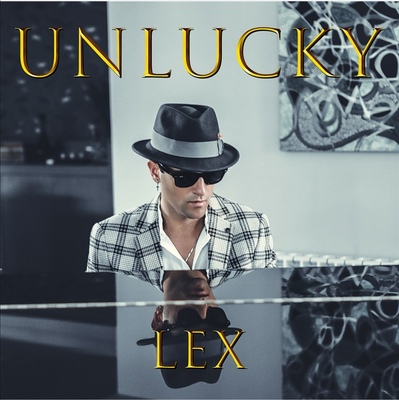 Written back in 2013 new single ‘Unlucky’ by LEX already has been on quite the emotional journey. Filled with lots of emotion, melodies and crisp production - the song is inspired by sadness and cruel feelings of a relationship breaking up.

LEX is the brainchild of Spanish artist and multi-instrumentalist Alex Ayora who has already had quite a successful solo career working with household names in the Spanish pop scene as well as The Voice Spain, Harley Davidson and Coca-Cola. 'Unlucky' already has more than a million views on Spotify and even embarked on a UK tour earlier this year. Not so 'unlucky' then you might say, as this artist has achieved so much already with this relatable, polished pop track.

‘Unlucky’ is a deep, soulful song with some great piano work by Alex himself and equally, lush guitar playing at the end of the track. Not only that but hooky lyrics like 'With nothing to do, with nothing to say, with nothing to gain, that’s how I feel, that’s what I feel. Still, I believe in you,' showcase a talent in writing heartfelt lyrics. You think of a love-lorn, yearning Stevie Wonder in parts of this- and LEX freely admits such influences - alongside a soulful Michael Jackson and the chilled funk vibe of Prince.

He is currently waiting, like all of us, for strict lockdown to be lifted so he can return to his passion: touring and recording more new music at the famous Abbey Road Studios, London. But until that moment arrives sit back and enjoy some sweet melodies from a highly respected and talented artist and his song sadly reflecting on 'love's labours lost'.