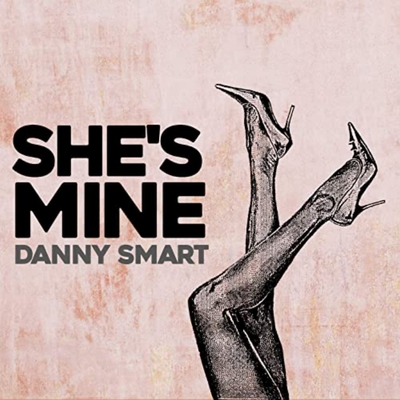 Yorkshire has given us some of the most excellent musicians in history. But it's not often that we hear a Country star-like Danny Smart coming out of the northern county. Why? Because we have been waiting for Danny.

I love the sound which Danny has going on in 'She's Mine'. He is creating a sound which is unique to himself but yet there is a definite influence of other Country rockers too. As a result, I could not state his music is a prototype or anything hugely original, but it is a follow on from what works so well.

He has power, he does not hold back, and he delivers a belter. Play it loud, and you will soon be on his wavelength. His passion is dripping on the track, and his confidence is flying through the roof. But, yet there is no arrogance, he is humble, and his performance shows he is a musician to keep a close eye on.

The track kicks off with his signature guitar sound. He brings a bluesy vibe to the party, and a US vibe is shouting out. But yet I could hear a British 60s influence popping out in places. Put it this way; it does not sound like anything we are hearing in the industry today, especially a musician of his age.

It is crisp, and his vocals are on fire. I think it would have sounded good with the backing vocals in the latter being audible in the earlier sections too though because they add a lot of texture to his vocals. Vocally, he sounds a little like Miles Kane. But, I am still undecided on who I think he precisely mirrors. I have just concluded that he is an artist doing his own thing. Therefore, check out what he is all about for yourself.