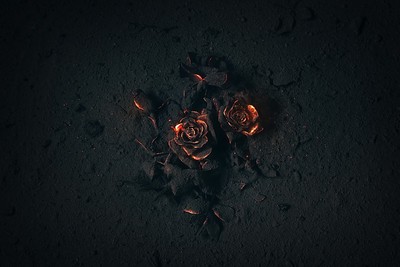 Born to Italian parents in Brazil before going to school in China and settling in Los Angeles, Lucas Tadini is a cultural melting pot, and his music represents this.

Not only is Tadini a highly skilled musician, honing his talent in bands such as TüR and Mais 55 from his hometown of Sao Paolo, and Skunk Oil in LA; he uses his experiences to experiment sonically, by blending sounds from contrasting cultures.

'The Arsonist', Tadini's debut solo single, is a dazed-out, fuzz-fuelled desert-rock banger driven by thumping drumbeats and authoritative bass lines. The turbulent track twists and turns but the fire is never extinguished, weaving skilfully plucked guitar solos with gritty reverb and raw rock'n'roll energy with mind-bending hooks, it immerses in a tidal wave of sound right from the get-go.

Tadini's most recent relocation to Los Angeles from Boston and the beginning of his solo career inspired him to write 'The Arsonist'. He cites the metaphor of setting your old self on fire in order to start anew, "like a phoenix", as the inspiration for the track's title.

Tadini's next single is expected to be out soon and a full-length album 'Collective Delusion' is on the cards to be released over the summer.