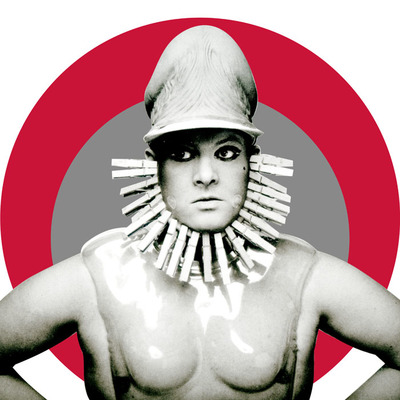 “If you label me, you negate me.” Was a famous quote Leigh Bowery said when asked about being tied down to a genre or label. He was provocative, unpredictable and certainly out to shake up the status quo with his unique flesh gore artistic offerings. One of the more musical vehicles for this was the band Minty.

Twenty-five years after his death on New Years Eve in 1994 the remaining members of Minty, who Bowery famously fronted, are re-issuing their iconic track ‘Useless Man’. The band has also put together an animated video to accompany the new release, featuring a plethora of ‘useless men’ over the past two decades and beyond. Combined with the track it is quite a visual assault to the senses to say the least.

It was probably Boy George’s description of Bowery back in 93’ that summed him up the best as ‘modern art on legs’. And that is how I would describe this track; it is also a musical snapshot up the nightclub vibe and culture of that time. A track that to this day has become the stuff of legend - with various versions kicking about, one of which is a mix by Boy George himself.

And it is with this acknowledgement of this track being art- and anti-establishment art at that - that we can forgive the fruity lyrics (which had famously lurid fetish flesh gore stage performances to match back in the day). This was groundbreaking stuff and was part and parcel of breaking the starchy taboos that stifled our prim and proper post war society.

It's still pretty fruity but we have come such a long way since then, despite our current world issues. We have artists like Bowery and bands like Minty to thank for that. Download this track and add it to your 'Cultural Infamy' list.