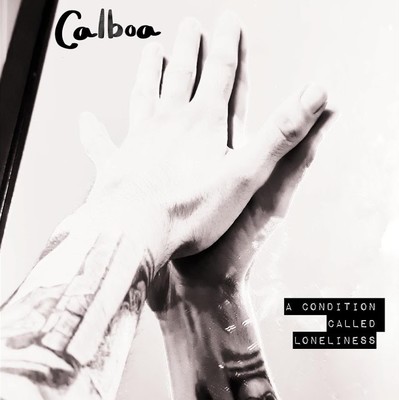 Calboa has just released his new single 'A Condition Called Loneliness'. I was very much into his previous release 'Same Shhh', but this new track from the Yorkshire based musician is even more significant in my opinion.

I have always been into the indie sound which bands did so well back in the mid-2010s, but the sound came and went quicker than I could have hoped. Luckily, Calboa is bringing back that rhythm with a 'Kooksy' and 'The Holloways' type of vibe.

But, 'A Condition Called Loneliness' follows a pretty cliche indie structure. It is probably my only pet hate on this release because I feel a little more variation could have added even more strength. But, it works, and although a slick guitar solo is shouting for attention, the entire piece is enough to excite.

Vocally, Calboa is on flying form. He sounds much better on this release than his last. In no way was his previous track lacking in vocal quality but he seems far more confident on 'A Condition Called Loneliness'. His assurance is dripping on this track, and he delves into more octave ranges and hits the sweet spot on many occasions.

The music comes full of energy and drives, which captivates and takes you to a whole new space within the indie realm. It slapped me like a wet fish around the cheeks, and it is what I have been craving for so long without consciously knowing. But, is this enough to cement his name in indie history books? Well, as a whole, he is taking giant leaps, and he adds to his already impressive discography; therefore, there is no reason why he should not have longevity within this genre.

But, he needs to remain consistent with his releases and keep delivering bangers like this, if he does that he could quite easily be topping festival bills in quick succession.