Xaatu Releases Save Me After Immense Success Of 'YOMI' EP 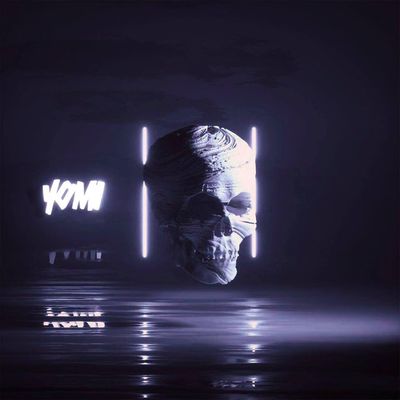 For most of us, 2020 has brought us all to a very disheartening standstill, yet it’s proving to be a pivotal milestone for up and coming artist Xaatu. With all three freshly released singles gaining thousands of streams respectively, Xaatu is emerging as the new sound of experimental trap. The enticing electronic project is that of Sandy Quigley, a 24-year-old stemming from Newcastle. Xaatu describes his style as “somewhere between Future Trap and Experimental.” Whatever it is, Xaatu encapsulates the sound of a generation breaking archaic genre boundaries. Xaatu’s influences, namely Sam Gellaitry, SOPHIE and Flume, have evidently rubbed off on the up and coming artist; as Xaatu not only joins but expands on a canon of experimental production. Having started producing at just 16 years old, Xaatu’s musical escapades goes to show that you don’t need numerous years under your belt to perfect your craft.

Xaatu’s debut EP 'YOMI', released back in 2018, firmly planted him as a rising star within the northern production scene. With intricately designed sonic soundscapes, Xaatu’s synth-orientated craftsmanship conceives expertly built electronic textures. Whether you’re getting high in your quarantine bedroom or beating your personal best in the gym, YOMI is the soundtrack. All four tracks encompass their own sonic landscape; for just over fifteen minutes, you are transported into Xaatu’s musical world, and you won’t want to return to earth.

Xaatu’s latest music venture, ‘Fountain,’ showcases the musical versatility that inaugurates Xaatu as such an exciting force within the Northern music scene. In collaboration with the Geordie-Caribbean rapper Sågaboi - who reminds us that yes, Northern rap truly is the sexiest - Xaatu’s immersive synth landscape creates a terrain that Sågaboi’s vocals navigate with an ease and varying cadence rarely seen in such a young vocalists’ debut. If this track is anything to go on, no doubt Xaatu is a hot commodity for up and coming artists.

Xaatu is looking to be a sought-after addition to many gigs around the North-East. Despite the pandemic, there are talks of a whole host of international shows when travel restrictions are released and the music scene can have some much-needed CPR; assuredly, Xaatu is here to deliver the breath of life. Xaatu’s most recent gig, now moved to June 20th at Little Buildings, is an opportunity to take a glimpse at Xaatu’s lo-fi ventures ‘Axuto’ with John Dole. If the expert quality inherent in Xaatu’s main body of work is translated, no doubt Xaatu will be dominating the lo-fi scene in no time.

Where recent events have left most of us a bit lost and bewildered, Xaatu’s focus seems to be unwavering. His latest single, ‘Save Me’ released in April showcases the virtuosity inherent to Xaatu’s production; and with over forty thousand streams, it’s becoming increasingly apparent this artistry is not going unnoticed. Xaatu’s next single ‘ANCIENTS’ is set to drop the 12th June and, if his track record is anything to go by, undeniably will be a major hit too.