No Serial Killer Smashes It On 'We're All Going 2 Die' 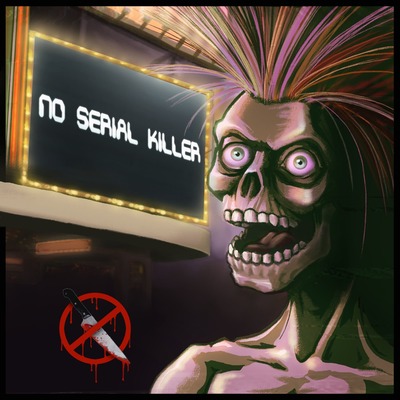 No Serial Killer is a project by A.K.M. He is a producer and songwriter with plenty of quality, and he has delivered a gem with 'We're All Going 2 Die'.

From my understanding, none of the performers in the track were in the same room. Each track was recorded separately in various corners of the world, and it is impressive to hear how well it all comes together. It is an approach more songwriters are doing in these modern times, and I can see why because it works very well.

'We're All Going 2 Die' is influenced by good old rock and roll. But, do not expect it to sound like anything else you have heard before in this genre. A.K.M has taken his path, and the uniqueness of the piece is awe-inspiring. It is deep, and the lyrics will hit you like a tonne of bricks. But, there is humour sitting within the record too. It does not take itself too seriously, and I relish that approach because it makes for an all-round feel-good track, even if the lyrics are slightly on the darker side.

It all gets underway with a killer piano melody which reminds of early Elvis Costello. A top quality vocal then follows with a somewhat soothing toned-down vibe. The singer sings with dignity and follows a very orthodox style. Also, a guitar pokes itself out in places given the track plenty of character with its slick delivery. My only pet hate is that it takes quite a bit of time until we get into the chorus and for me, I would have brought this back a bit earlier. But, there is so much on offer that I can imagine it was hard to get it all into its moderate 3-minute length.

Overall, a fresh track from No Serial Killer..