Creating Pictures In Your Head And Your Heart 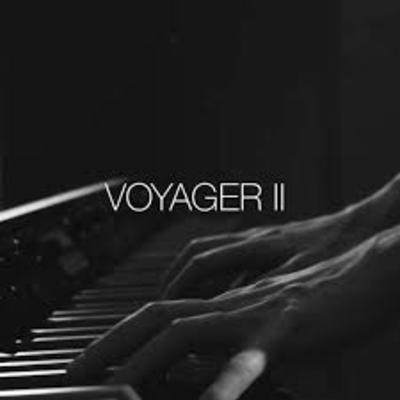 AVAWAVES are a group consisting of Ana Phoebe on violin and Aisling Brouwer on keyboards. Their sound is cinematic and classical in nature, evoking feelings and pictures with every song. This comes from Brouwer’s background in film and TV composing, from Young Vets and an episode of The Apprentice to Rubika Shah’s acclaimed ‘White Riot’. Phoebe has featured with a range of different artists from Roxy Music to the Royal Ballet. They are managed by Nitin Sawhney and Ana Phoebe also features on the track ‘You Are’ from his forthcoming album ‘Immigrants’. 'Voyager II', the new single from AVAWAVES is a superb instrumental track that starts off slowly but then builds and builds as the layers are added. It starts with plucked strings that are accompanied, very soon afterwards, by Phoebe on violin whose slow, somewhat subdued, playing draws the listener into the track. Brouwer then joins in with delicate keyboards as the tune gets into its stride. From then on it gets faster and faster, more and more intense and increasingly hypnotic. In style it reminds me of Vangelis’ track 'Pulstar' used so memorably on the soundtrack to Cosmos. Like 'Pulstar' you get more engaged with the music as it raises its intensity and you just want to follow the tune wherever it goes. I could imagine a remix of this being a huge club track if AVAWAVES wanted to go down that road. The picture in my head was of a film noir with teeming rain and someone being drawn into events beyond their control. It is simply a superb piece of music with the feeling of a soundtrack for a film that needs to be written. AVAWAVES are a group who consistently produce interesting music that engages the mind as well as the heart, but to my ears this is their best track yet and definitely augurs well for their next album.