Feelgood Movie Of The Year (Single) 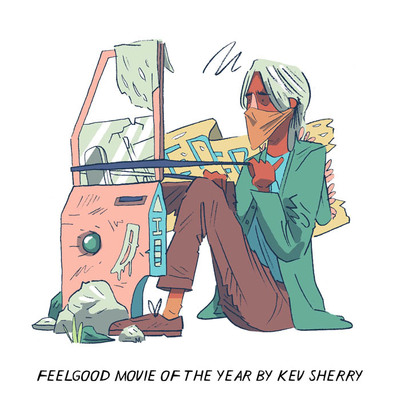 Feelgood Movie Of The Year (Single)

Embracing on a solo career can be quite daunting especially for an artist who has been part of a band for nearly a decade but Attic Lights frontman Kev Sherry has done exactly that with 'Wasted Days' and now his follow up track ‘Feelgood Movie of the Year’. In addition to being a songwriter, the Glaswegian native is also a journalist, comic writer and novelist. And it is his latest endeavour that makes up the first part of a triptych involving the comic “Warpaint” and his debut novel “Here Be Apples.” Stylistically the track follows the same path as Attic Lights and precedes debut album 'Foxy Orthodoxy' which is released in Sept. The song was written whilst on a break from touring in Australia and highlights our obsession with being 'virtually perfect'. The song explores how fake we can all be when presenting ourselves to the world on social media, trying to remove our flaws and create almost Hollywood-like personas for ourselves. We create our own 'Feelgood Movies' every day on Instagram. But is it real or honest? No it's all plastering over our fears and low self-esteem. The video too highlights other issues in our current socio-political space with a kind of 'Political' dance off vibe. (Personally my own dance could be best described as a mash up between 'The Trump' and 'The Russian Interference'!) The upbeat melody belies the 'fake news' and 'rotten socio-political' theme: the uplifting strummed guitar is accented by Kev’s emotive vocals, seamlessly building into a lush transitions, complimented by the harmony of everything blending together. This is a track that instantly grabs you. It has great melody and catchy hooks and is pretty cheerful in vibe even if it is anarchic in lyrics. Looking forward to the release of his solo album later this summer- going by this track, and the previously mentioned 'Wasted Days', this Long Player is going to be epic on all levels.