The Tides Of Time

Read more
REVIEW album The Mariners The Tides Of Time 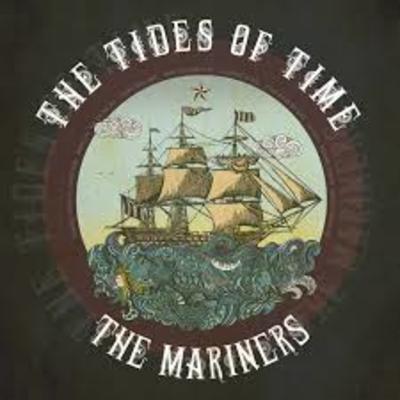 The Tides Of Time

The Mariners are four Midland lads with a love of classic 60s pop. They consist of Luke Williamson, the lead singer, Paul Iliffe on guitar, Luke Headland who plays keyboards and bass and Paul Hobbs on drums. Their mission is to bring 60s pop back to the music scene, not by slavishly copying it but by taking the musical motifs that have captured successive generations and adding their own twist to it.

Their debut album, ‘The Tides of Time’ starts with the irresistibly catchy 'Send my Love to You' which sounds like a lost Mersey Beat track. ‘Gimme More’ is The Kinks revisited with a superb lead vocal performance from Luke Williams. It has the feeling of a track you have heard before, and you join in with the chorus as if you already know it within a few lines. ‘Cuppa Tea’ is just marvellous in the way it makes the simple act of having a cup of tea in the garden into a special treat. We can all take a lesson from this ode to extracting the simple pleasures from life, especially now. ‘Not Fit for Use’ returns to the Mersey Beat sound with a hint of Freddie and the Dreamers in the vocals. Paul Iliffe’s guitar work provides an enjoyable centrepiece to this song that follows The Kinks’ ‘Come Dancing’ in bemoaning the demolition of a local landmark. ‘Cathy Come Home’ is the sad story of a girl leaving home without warning much to the despair of her parents and finding out that her life gets no better away from the town that she has grown to hate. It has a similar impact to 'She’s Leaving Home' by The Beatles with its underlying darkness. It is a superb track that shows the tight playing of the quartet to really good effect with Paul Hobbs’ drums and Luke Headland’s bass really anchoring the music. ‘Bring her Back to Me’ channels the West coast sound of groups like the Mamas and the Papas and, like ‘Cathy Come Home’ contains a sting in the well-written lyrics. ‘Dreaming of You’ has a carefree tune that just demands to be hummed for ages after you hear it. ‘Stuck Inside my Mind’ starts with a heavier Stones inflected guitar and is a very nice change of pace which stands out but doesn’t jar with the rest of the album. The lyrics of 'If I Cry' where they bemoan the fact that the Thatcherite creed of the early 80s ripped the heart and soul out of large swathes of the country are a real surprise. There is anger and frustration in this meditation on not throwing away everything that was good in the past. It marks them out as writers who can really surprise you which augurs well for the future. The next track ‘On Sycamore Street’ is a slice of Monkees style summer pop that is a total delight. It really epitomises a set of songs that has been a joy all the way through and it is my favourite song on the album. However, even here there is a bittersweet edge to the story of a boy hoping that the girl he wants to get to know hasn’t walked away for good. The final track is ‘Can’t Get Outta Bed’, a Hollies style romp that finishes this delightful album with another irresistibly catchy chorus.

This is an unashamedly poppy album and really serves as a tonic during these lockdown times as well as promising to be the album that will soundtrack our hoped-for summer outside.