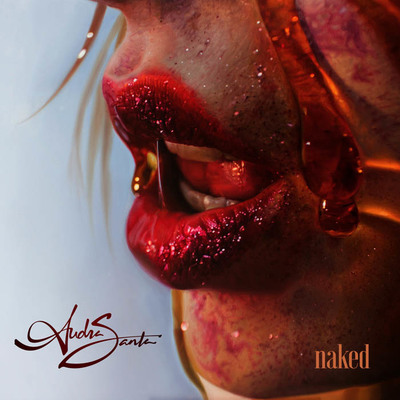 Thought-provoking, smouldering and sultry is how I would describe the latest release from Canadian artist Audra Santa. ‘Naked’ is her debut UK release but follows the raw, intimate and empowering track ‘Afterglow’ released last year.

Her musical journey has been a long road after spending almost a decade in Australia studying, getting married, and serving as a worship leader in a Pentecostal church. It was her marriage break-up that inspired her to move back to Canada to pursue her musical passions.

For me, ‘Naked’ is a triumph in artistic expression and baring one's soul in a sensually honest way - which is as refreshing as it is controversial and (to some people) unsettling. This is an artist realising her potential, not only in musical terms, but in self expression and self awareness.

Audra's honesty about giving her desires musical form is beautiful and intoxicating. It is time for not only me but for the world to take notice and lose ourselves in such sonic sensuality.