Laura Cortese And The Dance Cards

Stunning Indie-Folk With A Pop Sensibility 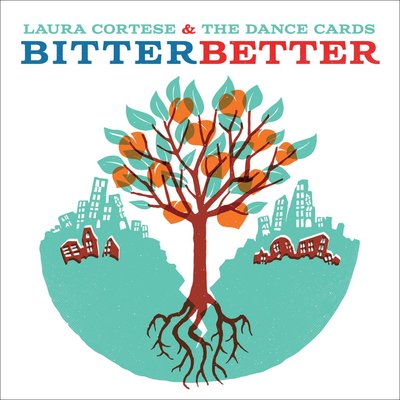 Laura Cortese And The Dance Cards

Laura Cortese and the Dance Cards may not be a name that you immediately recognise. Having debuted in 2017 with the album 'California Calling', the group centres on the vocal talents of soloist Laura Cortese, while her band mates are all string-playing vocalists who help re-shape and extend the sound that she has created throughout her solo career, which started back in 2004.

With their debut album having shown that they still maintain folk sensibilities, but are not afraid to blur genre boundaries, their sophomore release picks up the baton and runs even further with it. 'For Bitter Better' is indie-folk with a pop heart and a classical mind.

Having already revealed five of the album's eleven songs, the group have shown that they can deliver HAIM-esque anthems and Jewel's subtlety without ever sounding like the artists that have perhaps shaped their sound.

With the radio anthem 'Dreaming' and impressively playful 'Treat You Better' providing the album's stand out moments, the most impressive thing to note about 'Bitter Better' is that it is an album without a lowlight.

If their debut passed you by, don't allow their sophomore to have the same fate. This is an impressive collection that holds universal appeal.