The Voice Of The Revolution 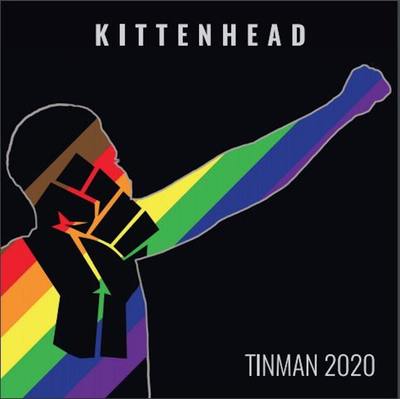 Kittenhead are an LA based female rock band. They consist of four members, Kivi, the vocalist, O-Face on drums and guitarists VJJ and DD. Formed in 2012 they modelled themselves on the Ramones and other punk and post punk bands and have always been popular particularly on university campuses. In 2014 they released a song called 'Tinman' which took aim at the violence in American society towards people who were in any way different. The narrative reflected two deaths, those of Matthew Shepard who was killed for being gay by two other young men in Wyoming in 1998. The other was that of Trayvon Martin killed in Florida in 2012 after coming home from a store after buying some Skittles. It is an incredibly powerful and hard-hitting song that reflected the anger and fear of minorities in the US at the time.

In the wake of the recent George Floyd protests which ignited the Black Lives Matter movement, Kittenhead have re-released the song with a new video reflecting the incendiary situation in America and other countries around the world. The new version starts with a spoken word section which tells the listener that if they don’t stand up for the oppressed then they stand with the oppressor. Then it goes into an angry, passionate and brilliant song. It seems quite incredible when you are listening to the story of the Scarecrow (Shepard) and the Lion (Martin) that these killings both continue to happen and are often condoned by a large swathe of the population. The video shows scenes from the recent protests reflecting the fact that not only have things not changed much in the 20 years since Shepard was killed, but in many ways they have got worse. Protesters are pitted against the forces of law enforcement and the wider state. It shows that the anger on both sides has escalated and the distance between them is greater than it has been for decades.

Musically, 'Tinman 2020' has it all. A fantastic vocal from Kivi full of power, anger and attitude reminds me of Chrissie Hynde of The Pretenders in the way that it never overpowers the song whilst still making sure that the listener gets the message loud and clear. The drums of O-Face and the guitars of VJJ and DD are reminiscent of the way that The Clash performed, using the power of the music to carry the listener along with the tune as well as the lyrics. This is a fantastic song, an important song and tragically still a relevant song 6 years after it was originally written.