Lui Krieg & The Alchemysts of Sound 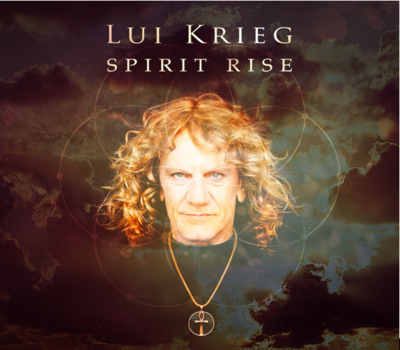 Lui Krieg & The Alchemysts of Sound

Lui Krieg & The Alchemysts of Sound are reviving classic-rock, one crystal at a time.

Lui regularly turns heads in Glastonbury and on his travels all around the world, as startled onlookers confuse him with legendary Led Zep frontman, Robert Plant - what better sign to start a rock band than looking like one of the Rock Hall of Fame's greats?

Reverentially dubbed as 'The Crystal King', Lui has spent many years establishing himself in The Isle of Avalon and the South West of the UK as the go-to guru for all things crystalline, shamanic and magical.

Combining a love for mysticism and spirituality, Lui now turns his attention to a life-long passion - creating powerful and meaningful unadulterated rock music.

Armed with an intriguingly unique voice and accompanied by legendary Cosmic Percussionist and producer extraordinaire, Paul Foss, along with support from guitar legend Kit Morgan (famed for his work with Jethro Tull’s Ian Anderson), and the powerful voice of Zoe Munroe; Lui Krieg & The Alchemysts of Sound are unstoppable.

Following on from the success of the band's brain-twisting debut single 'Upside Down', a track Lui was inspired to write when he was standing on his head (quite literally, upside down), the band release their second single 'Spirit Rise'.

Right from the get-go, the track is a lively and energetic nod to the anthemic rock of the 70s and 80s. Frantic guitar riffs and undulating bass lines lead the track, with fast-paced authoritative drumming keeping a base rhythm throughout.

Lui utilises his knowledge of spiritualism to combine authentic Native American chanting with his trademark vocals, contrasting with Zoe, to create an echoing, almost spooky banger, truly connecting with the spirit of classic-rock.

The meaning behind the track comes from Lui's innate affinity with spiritualism, and his belief that we urgently need to bring “Spirit” back into our lives.