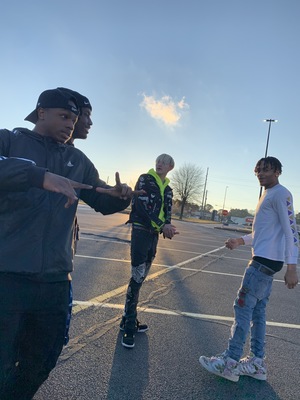 JamalTheCreator is a popular YouTuber from Atlanta, Georgia who has officially made his way onto the music scene. Many people know him because of his success on YouTube from uploading viral pranks and vlogs on his two channels.

Growing up, JamalTheCreator always had interest in making music and always wanted to be a star and sign a deal one day. The YouTuber released his 6-Track EP project, which composed of vibrant and upbeat trap and pop productions similar to the styles of Guapdad 4000 and Buddy.

JamalTheCreator really did the industry justice after dropping this project and definitely has a bright future in the entertainment industry. The project 'Way Too Late' has been something he said he has been working on for months after beating a felony assault case in February 2020.

The project is mainly focused on spreading positivity and happiness to millennials, since most of the trending music circulating throughout the industry is dealing with violence, and infidelity.

The first track 'Okay' talks about the times he dealt with loneliness and how he overcame that through making people laugh, and making others happy. In The third track on the project, titled 'On A Mission' Jamal talks about staying focused and never letting any obstacle in life hold you down regardless of the circumstance.

This album is definitely a game changer to rap music, pop music, and the entire music world in general. JamalTheCreator posted this new project under the catalog of his management and distribution company Renascent Artistry.