Achieving A Kind Of Nirvana 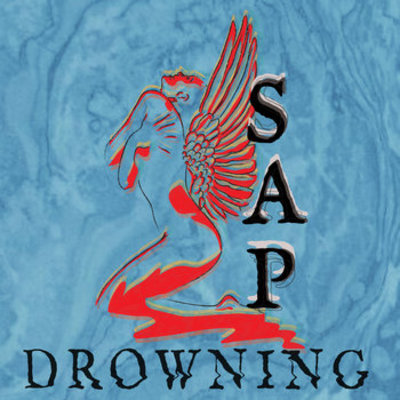 SAP are a grunge style band from Pennant Hills, North West of the centre of Sydney who formed in 2017 and have already made quite a name for themselves in the local area as a really good live group. Their new EP, Drowning should make music lovers outside of New South Wales sit up and take notice.

I have always had a soft spot for Australian rock bands because they are generally focused on playing good music with a minimum of fuss. SAP definitely follow in that tradition. 'Wait for You' is a strong start to the EP with great guitar and bass work blending together with the drums to good effect. The almost whispered vocals of the verse add to an indefinable air of menace, not alleviated by the chorus ‘I will wait for you right now’ repeated, again and again, in an unsettling way. It has an echo of ‘Every Breath You Take’ with the lyrics that can definitely be taken one of two ways. The song owes a clear debt to grunge bands but it transcends that and is a superb song in its own right.

'Faded Away' has a similar template with the vocals similarly muted and all the more effective for that. I really like the lyrics to this one as the singer in his jaded and cynical take on life where he actually feels that being at the top has none of the appeal of being at the bottom because at least when you were down you had somewhere to aim for. In a few words it really puts across a very interesting view on the price of success.

'Drown' is a track with an REM feel to it and is my favourite song on the EP. What SAP realise is that less is more. Not for them the screaming guitars and occasionally histrionic vocals of a number of their grunge predecessors. Their quiet power is very impressive and shows a band not afraid to stick to their own approach and create their own unique sound. The lyrics are like a nightmarish version of 'Nightswimming' as they focus on someone who is way out of your league. You know you are going to suffer for chasing after them but even drowning is worthwhile to swim in that pool for just a short period of time.

'Hollow' is another great track that rides along on the excellent instrumental work of this really tight band. 'So They Say' is a quietly insistent track that really makes its way into your head and stays there. Final track 'Lost' has a fuzzy, more psychedelic feel to it which makes it stand out from the rest of the album and the vocals are more front and centre which gives it a different sound that marks out another musical direction that this band can go in to good effect. The song reflects a dream that stays tantalisingly out of reach but if they continue to produce songs of the quality shown throughout this EP that may not be the case for too much longer.