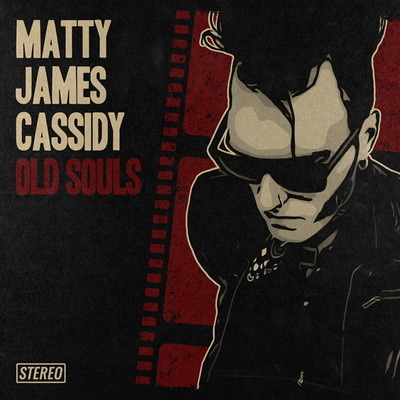 If you like your music full on, unabashed, middle finger rock n roll then Matty James Cassidy’s ‘Old Souls’ is one to seek out when it's released later this month.

Album opener (and current single), 'Said & Done' is an upbeat classic rock outing; through a haze of whisky & cigarette smoke… it’s a bar room stomper and sets the tone for a record that although embracing multiple genres, at its heart remains authentically, proudly and unapologetically 100% rock ‘n’ roll.

Cassidy is a stalwart of the music scene, it’s in his veins (having played music since he was 12). Perhaps his Irish heritage has given him a natural talent for a yarn. And having already released 'The Lockdown Tapes' recently, his inspiration is clearly abundant. Some people may know him as bassist for Tyla’s Dogs D’Amour, and there is a much to celebrate here for Dogs fans on tracks like ‘Anodyne’ and ‘Leave Your Heart At Home’.

50s flavoured rock ‘n’ roll banger, ‘Contradiction in Terms’ brings in some particularly nice piano and harmonica (the record is peppered with it) while ‘The Art of Falling Down’ is truly beautiful. A strong ballad with zero cringe and darkly poetic lyrics will get me every time; “crossed miles and crossed hearts, fell asleep and fell apart… bloodshot eyes and subtle signs, always been the reckless kind… they’re all heart until they turn, build you up to watch you burn…”, tracks like this and title track, ‘Old Souls’ put me in mind of Dave Vanian’s fabulous 'Phantom Chords' album. Another personal favourite is 'Rosary'; “You & me and the devil make 3, don’t forget your deck of cards and a rosary…”.

A highly recommended lockdown treat, the songs on Matty James Cassidy’s ‘Old Souls’ will anchor themselves into your head - so pre-save it on the platform of choice - and on August 28th give this album a blast and let this troubadour work his magic!