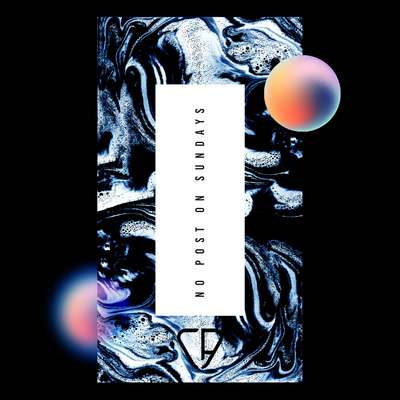 There’s not many up and coming artists out there that are staying true to a vintage soundtrack, yet Conrad Ashton is not just any up and coming musician. Rooted firmly in his unique brand of dance-rock, Conrad’s modern evolution of rock fluidly fuses elements of genres old and new, staying wholly authentic all the while. Conrad’s influences are a strong current within his music; citing artists such as The Who, The Rolling Stones and The Beatles, Conrad is an effortless evolution from his inspirations as he sews together modern musical elements to the strong foundations of the rockers before him. If there was one word to describe upcoming rock talent, Conrad Ashton, it would simply be himself. His recent EP is a beautifully crafted glimpse into the artist's life, as Conrad revives his past experiences through compelling and relatable lyricism. With an unwavering honesty and direct nature, the artist’s storytelling is both universal and uniquely him. His recent musical venture ’No Post On Sundays’ is a refreshingly real, humbly honest and unwaveringly authentic collage of songs. Even including an acoustic adaptation of his latest single ‘Time,’ Conrad furthers his musical journey with his most realised body of work to date.

Kicking off his EP with a captivating song speaking his truth of a past love, Conrad evokes the universally relatable experience of bittersweet breakups. His striking vocals launches us into the dynamic musical presence of Conrad Ashton. ‘Those Were The Days’ is the second song of the EP. With a heavy Bowie-esque spirit, Conrad slows the pace down for us to wholly appreciate the tender lyricism of the track. Setting the scene for the next track, this intimate moment transitions into ‘I’m Already Gone.’ The hauntingly beautiful song shows the softer side of Conrad, allowing a raw sincerity to sway the tide on this track. With a frank honesty, Conrad shares his experience with depression in an expertly crafted song - still managing to make a catchy tune all the while. Swiftly bringing up the mood, Conrad sways from the acoustic roots of his artistry as a disorientating synth lays a firm foundation for his compelling vocals to boldly sail over. Conrad concludes his EP with a well-rounded acoustic rendition of his prior release ‘Time.’ Sharing a perfectly unique cover of his highly successful single, Conrad reminds us why he a versatile artist to keep an eye on this year.

With his recent release, ‘No Post On Sundays,’ Conrad schools us all on the no-frills, raw heart and soul of rock music, as the ever-evolving singer-songwriter shows us just how many strings he has to his musical bow. Whilst respectfully nodding to decades and artists past, Conrad’s evolution and maturing as an artist expands on a genre slowly fading in mainstream music.