An Exercise In Beautiful Revenge 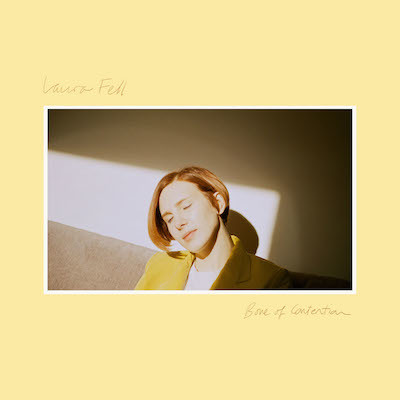 In the current economic climate, how many people would take the chance to launch a new record label? Well, the people behind Ballon Machine, that’s who! For their first release they have chosen a track by new artist Laura Fell. She is a psychotherapist who has spent most of the last decade writing poetry. When she decided that they were looking more like songs she decided to branch out into music using her own words and her own arrangements.

The track is called ‘Bone of Contention’ and it is genuinely stunning. It starts with a lovely acoustic guitar which plays with your expectations by sounding like a love song, but then you listen to the lyrics and it is clearly anything but! Fell describes the track as ‘an exercise in anger’ but, perhaps, as befits a psychotherapist it is very well considered and expressed softly. The person she is singing about is playing with the truth and as the opening lines tell us,
‘Something tells me that you know what you are doing
You’ve done this before’

The song continues to use a restrained tune throughout that throws the words into sharp relief. It is an exercise in focussed anger as she says that she will,
‘give you the benefit of the doubt
I’ll assume that you lie when afraid’
My favourite line sums up the attitude of the singer to the object of her disdain,
‘So, continue to live in your narrative’

It is so dismissive and so well targeted that it almost drips like poison. I love lyrics that require the listener to think and reflect, especially those that have a sting in the tail. This is an incredibly classy song, beautifully arranged, superbly written and sung with a brittle beauty that augurs well for the debut album that Laura Fell will release in the autumn. She is definitely a new voice in music who is well worth listening to. Good luck to both her and Balloon Machine.