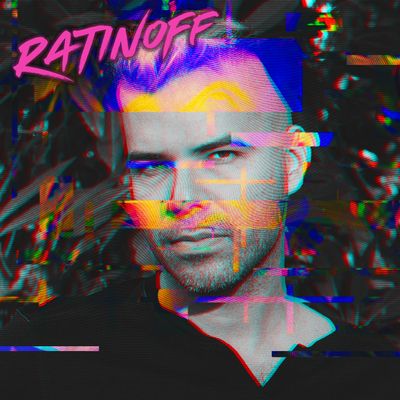 Inspired to blaze his own trail, Ratinoff ignites a scorching sound while fusing highly personal subject matter with alt rock sounds and energy, his debut album teems with an incendiary, infectious, and inimitable spirit of its own. Leading the way to the upcoming album Ratinoff released two songs and videos for “Run Away,” and “I Need It,” that have garnered over 222k combined views in just 8 weeks.

The eight-song set churns with driving bass and drums, powerful synth, and guitar lines, over which his baritone spins tales of love, loss, and living in the modern world. Ratinoff’s love of retro influences shines through his new set of songs, to help him make his vision come to life, he worked with producer Aldo Muñoz, and Grammy nominated producer Wes Sharon (Parker Millsap, Turnpike Troubadours).