I'm Over You (Single)

Pop Perfection: I'm Over You By Matt Marcii And Andrea Ekeli 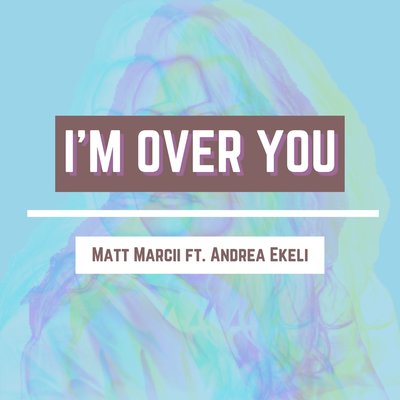 I'm Over You (Single)

'I'm Over You' is a catchy-as-hell pop banger with a vocal-chop hook for a chorus and striking vocals from Norwegian singer and songwriter Andrea Ekeli. It’s a song about being mistreated in a past relationship but moving on to bigger and better things! It's sung from the female perspective from a position of strength and lays out the story of a former flame who is trying to get back in with the heroine of this story. But they don't stand a chance as she is 'over him.’

Matt Marcii is a pop producer and writer based in Suffolk, England. He discovered his love for music whilst at University in Scotland and started writing songs and recording fellow students in his student halls at local recording studios in Stirling. Growing up by the coast in east Norway, Andrea Ekeli's music taste has been strongly influenced by the Scandanavian pop scene.

This is another of Matt Marcii's ambitious collaboration tracks and is Andrea Ekeli's debut release as a featured artist. Matt crafted the Sigala-esque summer banger in his studio and then worked with the Norwegian powerhouse Andrea Ekeli to write the lyrics and melody of the song together over the internet. Andrea recorded the vocals in Norway and then sent them over to Matt to mix and master. Matt Marcii released his first collaboration ‘Sugar’ with Robbie Hutton on the 24th July 2020, which is a must-hear also! Andrea Ekeli showcases her sensational vocals with regular and current covers on her Youtube page. Matt often breaks down the processes behind his compositional and production work over on his Instagram page.

Matt Marcii and Andrea Ekeli have another single together coming soon after 'I'm Over You'... yet to be announced!