At Last The Wait Is Over 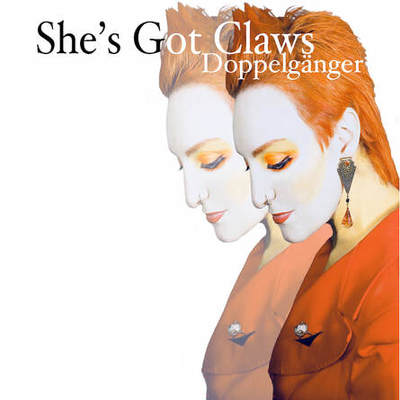 I first heard of She's Got Claws via the now defunct Pledge Music website in early 2018. Then we were waiting for the release of the 'War Torn' album, based around how war affects the general population of both the affected country and countries viewing the results view their news channels. Musically it reminded of 80s Gary Numan and John Foxx, amongst other, but with a unique slant. It was the first album for a few years that I had actually listened to from start to finish, and from that point I was hooked.

Fast forward to September 2020, and the follow-up, 'Doppelgänger', has finally been released. The synths are still there, but they are more refined, more polished. They are also augmented by quality bass playing, giving a harder, edgier sound. Andy McCluskey, of OMD fame, produced a couple of songs: 'Adulation' and 'Love Lies Bleeding', and both are standout tracks. 'No Justice (All Lies)' was originally released prior to 'War Torn', and appears here in a refined form, and seems particularly poignant in the current times. 'Lithium' and 'Dreaming My Eyes Open' are personal favourites, but there are no fillers at all on the album. 'Numbers Station' is a bit different, but this adds to the albums appeal. The bonus track, a remix of 'Musik' by Taka (Cameron McCluskey, Andy's nephew) seemed rather incongruous to me on first listen, but after repeated plays has earned its place on the disc.

Overall, this is probably going to be the best "new music" album of 2020 in my collection. It's still very much the "typical" SGC sound, but with the addition of the bass, has a more developed and edgier side to it. Every track has that 80s electronic vibe to it, but is most definitely of 2020. Absolutely love this album, and well worth the wait.