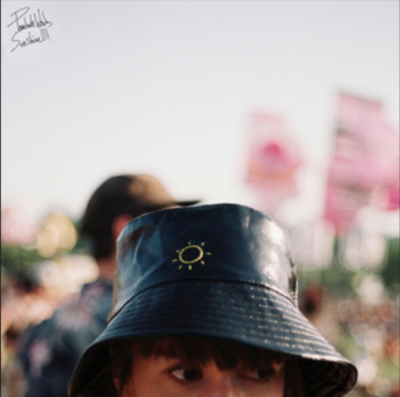 ‘A couple of degrees sure don't feel much // The water is rising fast who knows how long we will last’ - the new single from Parachute Words is a song about global warming. When you first listen to ‘Sunshine!!’ it might not seem obvious at first but that is the point. The idea that the sun is shining bright is usually taken as a good thing, with it meaning that it is a nice warm day outside. The sarcastic chorus "The sun is shining always brighter" is a play on that, since with climate change the fact that it's getting hotter is actually an alarming thing. The song starts with a seemingly innocent day at the beach "The weather's hot like you like it / the water's cool like you hoped it" but as the verse progresses you start to find out that the world in which these characters inhabit is a lot more hostile than what was previously assumed. With sharks being closer to shore (something that has been said will happen with rising sea levels) and having to carry weapons around for your own protection. This all builds up to describe a standoff at gunpoint on a beach in a bleak post-apocalyptic world where climate change has already happened and everyone is out for themselves.

Like so many musicians of his generation, Martino Gasparrini's musical endeavours started on a laptop. His first primitive attempt at any sort of musical statement came in the form of an album at age eleven. This involved 18 terrible tracks made with GarageBand loops and the laptop's microphone. Going forward quite a few years, Martino started uploading more serious guitar-driven albums onto Bandcamp. With the project's name taken from a The Robot Ate Me song, Parachute Words became his main moniker for releasing music.

Prior the ‘Sunshine!!’ was gripping single ‘Lockdown’, which chronicles Martino's experience through the ongoing lockdown. Living with his girlfriend who has been hit by the virus he has had to sleep on the floor and keep a distance while taking care of her. The song came out during those days and the difficulties involved living through it. The entire thing ended up being recorded in the same corner that the song was conceived in, as seen on the single artwork. Kooky, sarcastic, playful - but much deeper than that - Parachute Words makes music that juxtaposes darker messages with fresh, indie instrumentation. It’s easy on the ears, but don’t be fooled - it’s not all as sunny as it seems.

Go stream Parachute Words’ music which is out on all major streaming platforms: https://songwhip.com/parachutewords