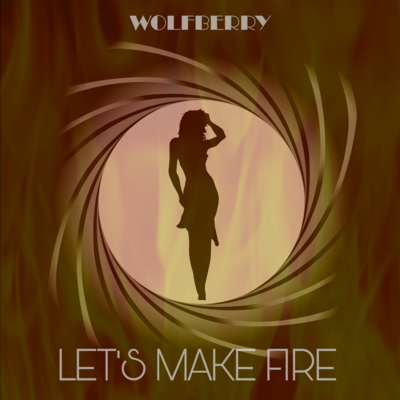 WOLFBERRY is back with one of the most exquisite thunderous pop tracks of recent times, 'Let's Make Fire'.

The track kicks off with an opener which you may expect from a Bond movie. So much so, I had to double-check that this was not part of the upcoming bond film 'No Time To Die'. But, it isn't, which is a shame because it would make the perfect track for the hit franchise.

Musically, 'Let's Make Fire' boasts a myriad of sounds which get the energy levels soaring through the roof. Also, the instrumental matches the vocal perfectly, and the vocals synergise well with the sound of the arrangement leaving no room for any dissonance.

WOLFBERRY sings with real power. Furthermore, the Russian native proves that she is one of the most influential singers of the generation with a vocal which will leave you feeling touched. Her tone and diction are crystal clear, and her creative use of declamation will have you pining for more.

As the track progresses, it gets even more in-depth with a backing harmony greeting us with open arms. Also, the pace picks up towards the end ahead of one of the biggest finales you will hear in pop for quite some time. Additionally, the lyrical direction is creative, and if you examine the poetry, you will come out believing that WOLFBERRY has directed the song straight at you.

Overall, WOLFBERRY pushes ahead with conviction. Her sound leaves an indent, and her ability to churn out an unforgettable anthem is impressive, especially given that she only has a select number of tracks already under her belt.