Remayn’s Latest Single ‘Coffee & Prozac’ Is A Thing Of Beauty 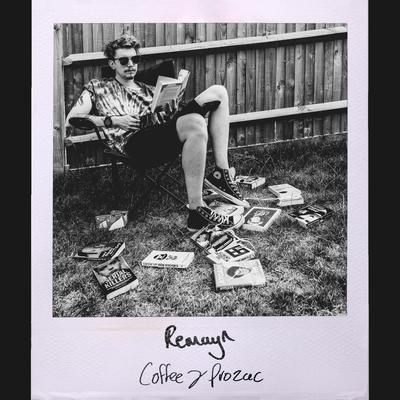 Luscious, mellow, heartfelt - Remayn’s latest single is relatable and beautiful. With sophisticated vocals and fitting acoustic production, this track will haunt you way after hearing it for the first time. Remayn is an English artist who has been crafting songs for a number of years now, having released a string of singles, and picking up some much-deserved acclaim along the way, including BBC Introducing support. Furthermore, his debut album ‘Pressure’, which was released in February 2018. The album received several critically acclaimed reviews, including a 'Top Album' of the year from Divide and Conquer Music, and Number 3 on reviewer Mike Antonich's favourite albums of 2018.

The lyrics for this latest track are ever-poignant: “So I drink my coffee / And I take my Prozac / But there’s no guarantee / That these feelings won’t come back to me”. But there’s also hope: “But I’ll carry on / Cos it can’t be long / ’Til my f**king brain / Has got less to complain about.”

Remayn writes as therapy, and the songs he presents to us can be our therapy.

Coffee & Prozac is Remayn’s latest release, and a 4 track EP is currently being finalised with a view to recording in November 2020.