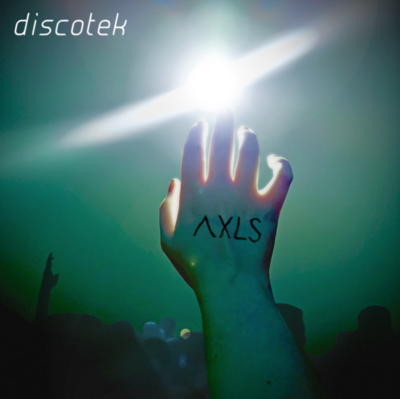 AXLS are an electronic trio formed in 2018 in Newcastle Upon Tyne. Their music is an odyssey of electronica, cool synths, heavenly vocals and low-slung bass. They take influence from old school electro like Kraftwerk and The Human League, mixed with modern bands like CHVRCHES and LCD Soundsystem.

Their debut concept album, ‘First Contact’, arrived in early 2020. The album followed the tale of humanity’s battle with an alien race and each track represents a different chapter of the story. The group are now planning to release a few singles before moving onto their next big project. ‘Discotek’ is an electro-pop dance track and is the first to be released.

‘Discotek’ is a dance track, packed with electropop goodness. The song is a floor filler and represents how it feels to get lost in good music, that feeling when you’re dancing your heart out and just don’t want to stop. Music can transport a person away from their worries and allow them to live in the moment – that’s what 'Discotek' is all about.

'Discotek' is an absolutely stunning ballad and introduces us to phase two of this killer trio - and the word ‘A - X - L - S’ is whispered during the song’s opening by keyboard, synth-player Conrad McQueen.

This is a song about having a good time: ‘Not going home / No we’re not going home / One more song’ and puts AXLS firmly back on the pop music map - they are here to stay! Join them!