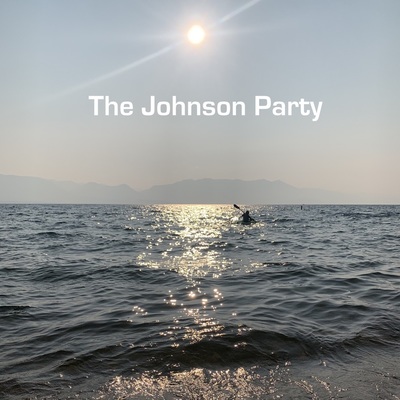 It may not be initially obvious by the name but “Can't Let The Bastards Win" is a call for unity and solidarity to fight for change and inspire people to use their voice. As The Johnson Party sings… “You and me, we are the remedy. We refuse to accept inevitability. We are creating new realities, where the center is love instead of money, getting back to the garden and the trees.”

We can't let our so called leaders fail future generations. “Can't Let The Bastards Win" is a singalong anthem to remind us all to use our voices at the ballot box and in everyday life.

“Can't Let The Bastards Win" is a relevant modern-day protest song, a celebration of love and the positive forward paths for the world, an acoustic punk-folk-pop message of defiance, resilience and hope for those seeking a better planet and fist-pumping, fun, rocking anthems“ says The Johnson Party.

While protest songs never went away, a worldwide awakening has created a need for more voices to rise, enter The Johnson Party a musical collective based out of the mountain ski town of Truckee, CA. At the height of the 2020 global pandemic and social unrest, while millions of people are risking their health and safety by waiting in long lines to cast their vote, The Johnson Party are delivering a simple yet powerful message by way of their new song and video “Can't let the Bastards Win” out digitally and on all streaming platforms.
Stream it here: https://open.spotify.com/album/2nEpvG3kmMlx1mgbzLTi9J?si=hlN268nlQvy-Plbp3sG53w

Their artistic connection and collective love for nature bonds this band of brothers as they deliver musical diversity that fuses elements of reggae, rock, Americana, and soul while advocating for a vibrant outdoor lifestyle and a deep respect for nature and the environment. When not playing music and kicking the door open for social change, you can find The Johnson Party skiing mountain slopes, hiking in river canyons, or involved in environmental projects.

Their debut album, 'Random Rooms', out now, was recorded in western barns, dirty apartments, midnight parking lots, deep southern forests, and world class studios during road trips throughout the country. “Can't Let The Bastards Win" is a powerful message that further shines a light on the need for change. The band is currently recording their sophomore album due out in 2021.