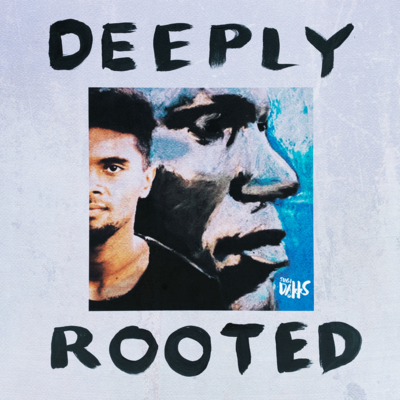 Over the last few years, US artist Sugi Dakks has shown himself to be more of a chameleon on the new music scene than most. Blending between rapper and poet, artist and activist, his approach to music has always been about inviting new and diverse cultures to inspire his sound, and this is exactly the direction we get when we switch onto his latest EP 'Deeply Rooted'.

Opening up with the previously shared singles 'Colors' and 'Cynicism', the broad and eclectic feel is apparent from the very beginning. While the opener cements him as a firm and upright frontman on the edge of his own personal and political journey, the tone of the release quickly shifts into something far more upbeat and danceable. This juxtaposition within his intentions is what makes this new EP such as a fresh and vibrant delight to listen to. Rather than show us just one side to his persona, we feel that he has given up every emotion in his body across these seven tracks, creating one of the more impressive and immersive releases so far this year.

While the classic soul genre has clearly had a strong influence over 'Deeply Rooted', he has created a sound that is completely contemporary and up to date, giving it a more rounded and focus feel than most. Sugi Dakks has been on many radars over the last few years, but this new collection looks set to see him grow even larger in the months to come.