Brocarde's New Single "Twisted" Is An Anthem For The Misfits 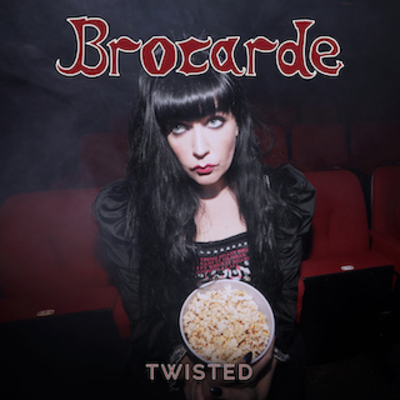 Rock artist, designer and trained opera singer Brocarde has a new single out. The Terrifying "Twisted", is an anthem for all those who feel rejected. It's a powerful rock song, impactful in its composition, with a strong lyrical message.

Showing the depth of her artistry, Brocarde created an acoustic version of the single, stripping the song back to its bare essence, over which her vocals really shine through. She is a talented vocalist, with a unique style, focused around her the iron fist lyrics rather than the vocal gimmicks usually associated with female rock singers.

Both singles come with visuals directed by Brocarde, the original is accompanied by an epic goth-horror short film, while the acoustic focuses on the artist's live performance.

The single is a great follow up to ‘Love Me ‘Till I’m Beautiful’, her debut EP which included a track with Korn’s legendary drummer Ray Luzier.